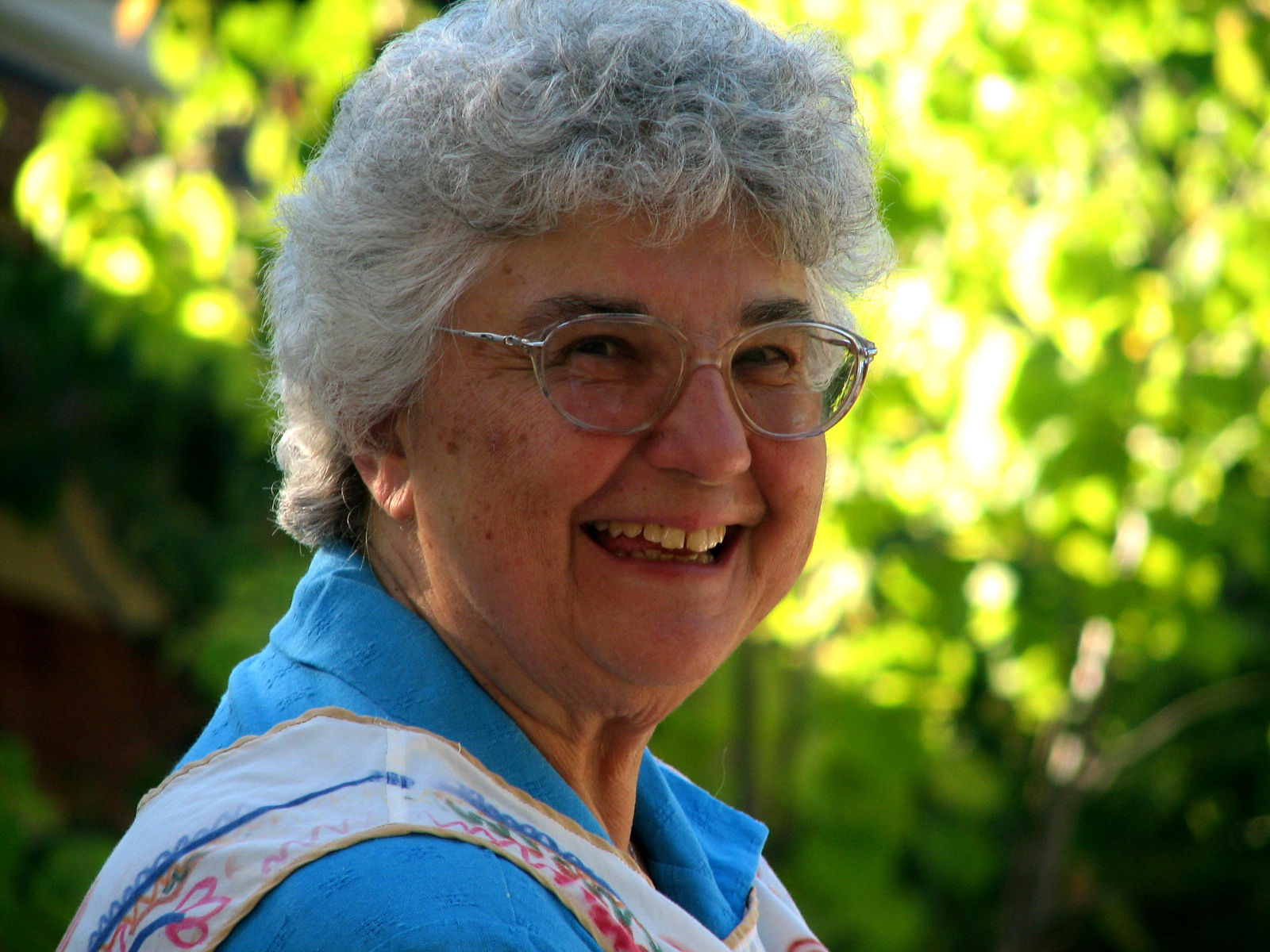 Sister Lois Silva, a Dominican Sister of San Rafael for sixty-two years, died peacefully on March 19, the feast of St. Joseph, at Our Lady of Lourdes Convent in San Rafael. As news spread that her health was seriously declining, her family, friends, Dominican Sisters and colleagues came to offer their loving farewells to a woman whose relationship they treasured. The gift of friendship was one of many that Sister Lois shared with others during her years of ministry in education, healthcare and social service.

Lois was the younger daughter of Louis and Emma Silva and grew up in San Juan Bautista and in Watsonville. She graduated from Moreland Notre Dame parochial school, Santa Catalina School in Monterey, and Dominican College in San Rafael. She entered the convent in 1956.

Sister Lois spent the first twenty-eight years of her ministerial life in Catholic elementary school education, as a teacher and as a principal. She was a guiding presence for many children and their families at Sacred Heart School in San Francisco, St. Raphael School in San Rafael, St. John Vianney School in Rancho Cordova, Our Lady of Snows School in Reno, San Joaquin Middle School and St. George School in Stockton.

In 1988, Sister Lois was asked by her congregation to transfer her skills to healthcare, a challenge she called “a risk-taking adventure.”  She spent a year of internship at St. Joseph Medical Center in Stockton, after which she served as the congregation’s representative to St. Joseph’s Regional Health System. When St. Joseph’s joined Catholic Healthcare West in 1996, Sister Lois was named Senior Vice President for Mission Services. This position allowed her gifts for collaboration and creative thinking to shine. She served on many boards, committees, and teams, always an enthusiastic proponent of Dominican ideals of truth, love and justice. People in Stockton will never forget her part in championing the mobile health van, the thrift store, the childcare center, O’Connor Woods senior community, the Sister Mary Pia Cancer Center, and her full costumed performances as the hospital mascot, Joey Bear. Sister Lois always thought of herself as working behind the scenes. Her colleagues at St. Joseph’s called her “a creative catalyst. What is visible more than suffices: a competent, bright-minded sister with a loving heart, dancing eyes, and a Gospel-centered vision.”

In 2003, Sister Lois was elected to a six-year term on the congregation’s leadership team in San Rafael. Afterwards she moved to St. Rose Convent in San Francisco and volunteered with St. Dominic parish’s ministry to people without homes, Lima Center, and with the congregation’s affordable housing community, Rose Court. When her health needs grew pressing, she returned to San Rafael to live at Our Lady of Lourdes Convent where she was an active and cherished member of the community.

The funeral Mass will take place on Tuesday, April 2 at 2:00 pm. in the Gathering Space at Dominican Sisters Center, 1520 Grand Avenue in San Rafael. Sister Lois will be buried on Wednesday, April 3 at 10:00 am in St. Dominic’s Cemetery in Benicia. A memorial Mass will be held in Stockton on Monday, April 8 at 2:00 pm at O’Connor Woods, 3400 Wagner Heights Road.

Memorial gifts in honor of Sister Lois may be made to the Retirement Fund, Dominican Sisters of San Rafael, Development Office, 1520 Grand Avenue, San Rafael CA 94901.