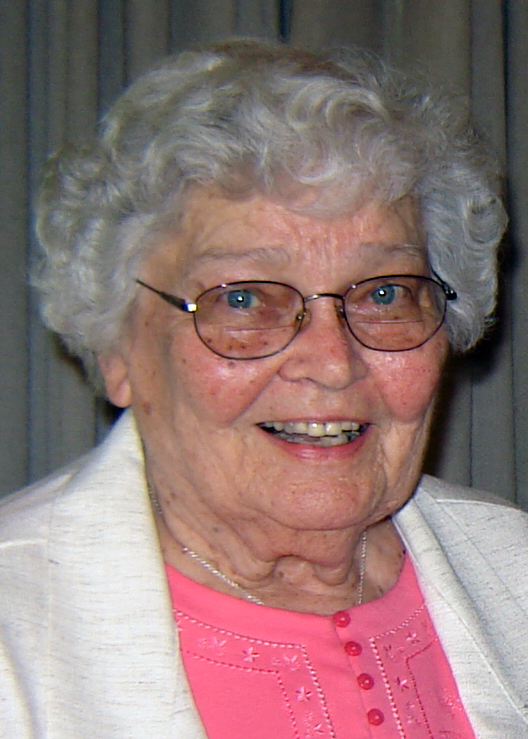 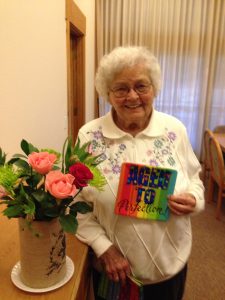 Sister M. Jude Stockholm, OP, a Dominican Sister for 65 years, died peacefully on November 20, 2019, at Our Lady of Lourdes Convent in San Rafael. Deeply committed to her life-long ministry of education, Sr. Jude is regarded for her care and concern for others as she enlightened all with her gift of presence.

Sr. Jude was born Barbara Stockholm to Nellie Hollis and Verne Stockholm in Tulare County, CA on September 13, 1925. Arriving just minutes after her twin, Betty, but on the next day, as the clock had just passed midnight, Barbara was an individual from day one. It was an influential former high school English teacher, Bess Matthew, who went on to become Sr. M. Cyril Matthew, OP, who introduced Sr. Jude to the Dominican Sisters of San Rafael, but not before Sr. Jude blazed a few other trails. She attended San Jose State University earning a degree in occupational therapy and then joined the U.S. Army. She rose to the rank of 1st lieutenant and worked for five years in her major field in the Women’s Army Specialty Corp. Recalling fondly her teacher, Ms. Matthew, Sr. Jude paid a visit to her in San Rafael, and it was soon after she became a Catholic and eventually knew her calling was to enter religious life. 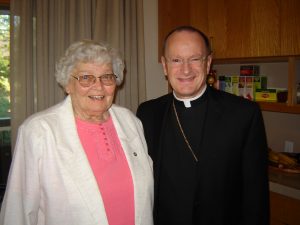 Once in San Rafael, she earned her teaching credential from Dominican College and launched an impressive teaching career that spanned four decades and included fifteen years as a principal. Her academic tour of duty included St. Raphael’s, San Rafael; St. Catherine’s, Benicia; Sacred Heart Elementary, San Francisco; St. Thomas and Our Lady of Snows, Reno; Annunciation, Stockton; St. John Vianney, Rancho Cordova; Blessed Sacrament, San Rafael; Our Lady of Mercy, Daly City; and St. Vincent Ferrer, Vallejo. Her strong work ethic landed her on several committees and accrediting visiting teams where she was able to provide valuable feedback to other educators and further share her knowledge and wisdom. Many students have fond remembrances of Sr. Jude, but one, in particular, stands out. In 2013 when the Most Rev. Michael C. Barber was ordained and installed as the fifth bishop of Oakland, he thanked three people in particular who had helped bring him to that day: the bishop who baptized him, the archbishop who ordained him a priest, and his eighth-grade teacher, Sister Jude at St. John Vianney School in Rancho Cordova.

After her teaching days, Sister Jude found new ways to bring the gospel to bear with her signature depth and compassion and served as an advocate for victims of sexual assault and domestic violence working in Solano County for several years. Her teaching skills provided an effective framework as she worked with victims, and she was once quoted saying, “I get a great deal of satisfaction being instrumental in a process which empowers victims to become survivors. We don’t tell them what they should do. We give them many options. We give the women the tools and the information they need to make a life change when they are ready.” She was greatly admired by the other staff members, and in 1999, she received the Advocate of the Year award from the Solano Women’s Crisis Center in Fairfield. 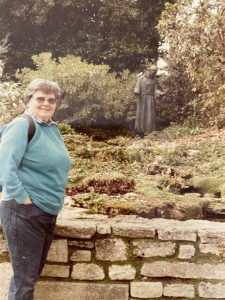 After moving back to San Rafael in the early 2000s, she has continued her spirited and faithful volunteer work at yet another campus—the nearby Guide Dogs for the Blind. Once a week she worked in the kitchen serving dinner to students who had come to train with their new dogs. She enjoyed socializing with the students, getting to know them, and meeting their dogs.

Whether commanding attention in the classroom, offering counsel to someone in need, or modeling a contemplative spirit in her own quiet ways, Sr. Jude is fondly remembered by those who knew her for her presence, her thoughtful diligence, and her dry sense of humor. She worked her whole life for the transformation of attitudes and systems that deprive any person of dignity and embraced any opportunity to help another person learn sensitivity, to recognize their worth, and to claim their rights.

Sister Jude was predeceased by her twin sister, Betty Franzen, and her brother-in-law, Vernon. She is survived by her nieces, Karen Acurso (Eddy) and Kandace Bergthold (Steve); nephews, Keith Franzen (Sue Price) and Kent Franzen (Cheryl); by several great-nieces and nephews; and by her Dominican Sisters.

A Funeral Mass will take place on Wednesday, December 4 at 10:00 am in the Gathering Space at Dominican Sisters Center, 1520 Grand Avenue in San Rafael. After the funeral, Sister Jude will be buried in St. Dominic’s Cemetery in Benicia.

Memorial gifts in honor of Sister Jude may be made to the Retirement Fund, Dominican Sisters of San Rafael, Development Office, 1520 Grand Avenue, San Rafael, CA 94901.