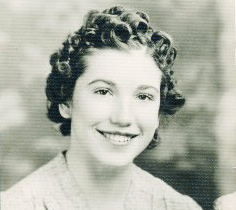 Sister Dorothy Marie Albee, formerly Sister M. Winifred, a Dominican Sister of San Rafael for 72 years, died peacefully at Our Lady of Lourdes Convent on November 11, at the age of 92.

A native of Nevada, Dorothy Albee was born on a chicken ranch next to her great-grandmother’s dairy farm in Sparks. She attended high school in Winnemucca and received religious instruction in summer classes taught by the Dominican Sisters of San Rafael. So deep an impression did the Sisters make on her that Dorothy decided to enter the convent in 1941 and received the name Sister Winifred.

After professing her vows, she remained at the novitiate for several years to assist the new director of novices, and at the same time taught piano in Dominican College’s music department. Sister Winifred was appreciated for her musical gifts, as well as her gifts of efficiency and dependability.

For more than thirty years Sister Dorothy Marie taught in parochial schools in California and Nevada. For several years she ministered as a nurse’s aide, caring for seniors. In 1978 she returned to Nevada and served as the Religion Coordinator for Immaculate Conception Parish in Sparks. In 1981 Sister Dorothy Marie’s life came full circle when she returned to Winnemucca as pastoral minister, coordinating religion classes and bringing the Eucharist to the homebound. She focused on training lay catechists for outlying areas. She was deeply happy to be back in the desert, bringing God’s word to the people in her state’s scattered and isolated communities, where her own faith had taken root and been nurtured. 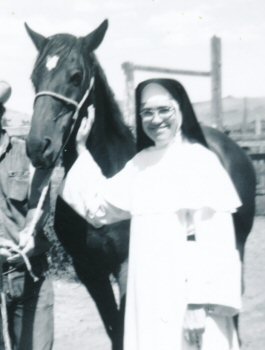 Sister Dorothy Marie remained in Nevada until 2005 when she retired to Our Lady of Lourdes Convent in San Rafael. She is survived by her brother Sidney and his wife, Darlyce Albee, her brother William (Bill) and his wife Marie Albee, her Sister Rosalie Field, her brother-in-law Louis Oar, many nieces and nephews, and by her Dominican sisters.

The funeral Mass will take place on Thursday, November 19th at 10:00 a.m. at Our Lady of Lourdes Convent, 77 Locust Avenue in San Rafael followed by reception, and burial at St. Dominic Cemetery in Benicia.

Reflections by Sister Carla Kovack offered during the Mass of Resurrection

As a recently professed sister still taking classes at Dominican to complete my college education, I was assigned to spend Friday mornings in which I had no class, in the first grade at St Raphael’s. Sister Dorothy Marie became my mentor teacher. I observed how she organized her classroom where the bright bulletin boards displayed the children work, I watched how she kept the whole classes attention for a new lesson in math, learned how to divide the large class into smaller groups for more intense instruction, especially in reading. Little did I realize that I was to become a long term sub at St Thomas Aquinas School in Reno, Nevada toward the end of the semester for a sister who would be out due to surgery. Those weekly sessions provided the foundation in classroom management and lesson planning for me as a young teacher.

But I think it was the 30 minutes when I would sit in the back of the classroom correcting phonics papers that I really gained the most insight into what made a good Catholic school teacher. Each week at the time for religion the real Sister Winifred shone. Sister Dorothy Marie loved sharing her faith and engaging the children in learning about Jesus and his mother Mary. The children listened as she told stories about Jesus, including the one from today’s gospel.

The setting in Mark’s gospel that is part of this liturgy, shows Jesus in the context of preparing his disciples for his own forthcoming journey to Jerusalem. Preceding this particular scene in Mark’s gospel, the interactions between Jesus and his disciples have shown his followers to be to be dense, resistant and blind to his teaching. In fact, just before this one they argue about their own status in the coming of the Kingdom. They miss the point! Imagine the scene, Jesus is out in the open field, people have brought the children to Jesus that he might touch them…perhaps for a blessing or even for healing. But the disciples step forward and rebuke those bringing the little ones. Jesus becomes indignant and says…”Let the children come to me; for the kingdom belongs to such as these.”

While many might interpret this gospel scene as one that spotlights the valued characteristics of a child as open, receptive and obedient in order to enter the kingdom, another interpretation is one points to the social status of a child in a first century world. The child, welcomed by Jesus in this scene, represents all those who are least in the social structure. In that context it was the poor, the unclean, the women who shared the same social location of being on the margins with the child.

I believe that the core teaching of today’s gospel is about discipleship and points where the disciple must go to serve and points out those we must serve.

As I reflected on Sister Dorothy Marie’s later years of ministry, I realize that as she returned to Winnemuca and its surrounding towns, it was a return to those in the desert of northern Nevada. Many of those who lived in this area lived literally on the margins, the edge, in the wild place of the desert. Sister Dorothy Marie may have also realized that socially and spiritually they hunger and thirsted to deepen their faith.  She spent these years of pastoral work, coordinating classes for religious education, visiting the sick and homebound, and bringing the Eucharist to shut ins.

She embodied the lesson of discipleship from today’s reading which involves welcoming, caring for, seeking out the ‘least ones.’ It was her way of being disciple,  of preaching the good news.

The end of Sister Dorothy Marie’s life found her waiting, waiting, waiting…she was led once again to the wilderness. It was one unlike her years in ministry in the wilds of Nevada. Rather like Hosea was she allured to a place of wilderness that she might listen to the persuasive words of her God.

These last years became in some mysterious way an unrelieved movement of hope. She responded wordlessly as in the day of her youth when she chose her ring motto In You O Lord I Trust.  For 72 years she trusted the words “I will betroth you and you shall know the Lord” spoken by Hosea.

Yes, Dorothy Marie, this day you now know with clear vision the appearance and presence of your loving God.