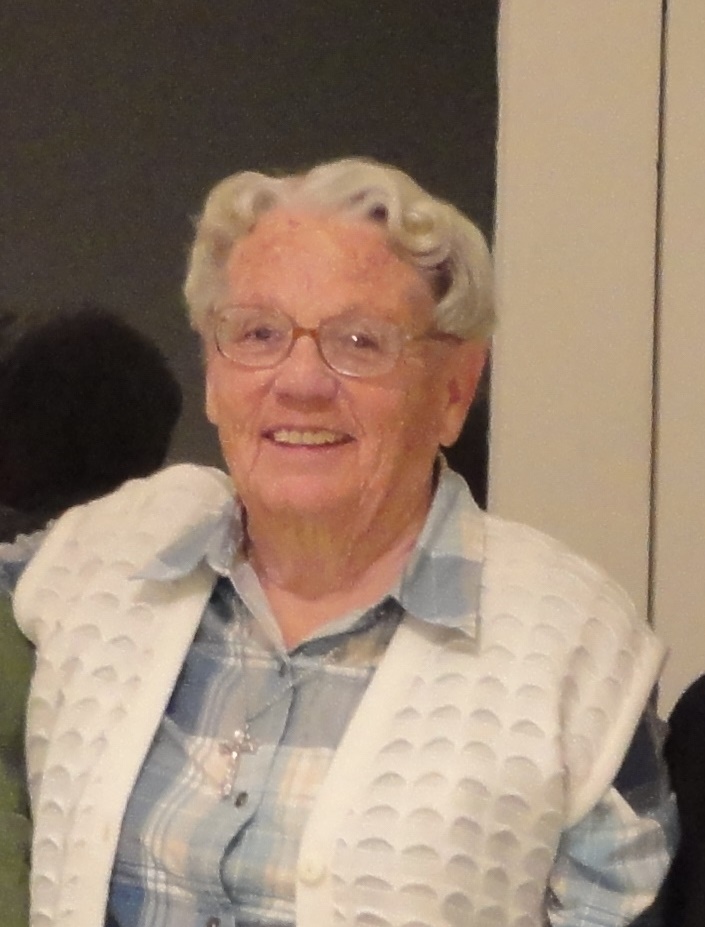 Sister Barbara Sullivan, a Dominican Sister of San Rafael for 70 years (known as Sr. Boniface for a time), died peacefully on November 27, 2022, at the age of 90. Beloved by any student lucky enough to call her teacher, Sr. Barbara had a real zest for life and came alive in the presence of her students. Equipped with a generous spirit, her trusty guitar, and a dramatic flair, she opened the minds and touched the hearts of countless youth. Her enthusiasm and zeal were contagious and still bring smiles to those who knew her as they recall her energy and presence.

Born the seventh of eight girls and two boys to Frank J. and Alice Donovan Sullivan, Barbara was raised in Los Angeles. Having been brought up in a deeply religious household with connections to the Dominican Sisters of San Rafael and the Dominican Fathers at St. Dominic in Eagle Rock no doubt influenced her decision to follow a few siblings, including her sister Betty (the late Sr. Elizabeth Sullivan, OP) to consider religious life. 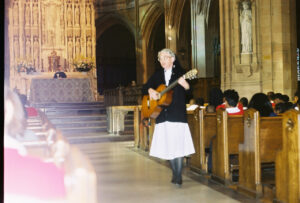 After graduating from high school, she entered the convent and pursued undergraduate and graduate degrees in English from Dominican College. Drawing inspiration from many of her own teachers, Sr. Barbara went on to serve in education as a primary and upper school teacher in several schools and locations over a fifty-year career, with the majority of her years at St. Dominic School in San Francisco. There she served as school liturgist, taught social studies and English to middle grades, music, and movement to first through third grades, was ever-eager to take yard duty shifts, and served as school librarian. With an unparalleled reputation for preparing young people to deliver an impeccable reading at Mass, her liturgies and programs of energetic inner-city youth singing in Christmas pageants became almost magical in their execution. Colleagues and administrators often remarked that she had creativity in spades and how she made history lessons come to life. Her contributions in building communities of faith are immeasurable. In her “retirement” she volunteered in the school office and provided the invaluable gift of her English background by editing every communication coming from the school. She moved to Our Lady of Lourdes Convent in 2014 and relished God’s creation as she took long walks around the campus. 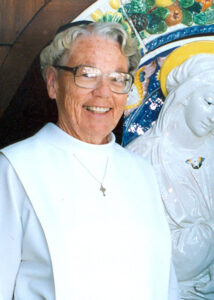 Sister Barbara did nothing halfheartedly—be it producing a posthumous large format John F. Kennedy photo album, hiking to Sausalito across the Golden Gate Bridge and back, making a collection of Irish memorabilia after a happy trip to Ireland, or attacking the morning cross-word. She was quite fond of her large, close-knit family and treasured the traditions, values, and support she received from her siblings and from loving parents who fostered several religious vocations among their eight daughters.

The Mass of the Resurrection will take place on Tuesday, December 6, 2022, at 10:00 am in the Dominican Sisters Gathering Space (1520 Grand Avenue, San Rafael, CA 94901). Following the Funeral Mass, Sister Barbara will be buried in St. Dominic’s Cemetery in Benicia around 1:00 pm. All are welcome.

Memorial gifts in honor of Sister Barbara Sullivan may be made to the Retirement Fund, Do-minican Sisters of San Rafael, Advancement Office, 1520 Grand Avenue, San Rafael, CA 94901 and online. 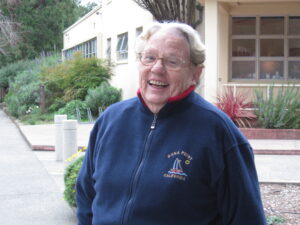 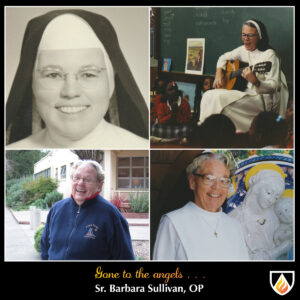