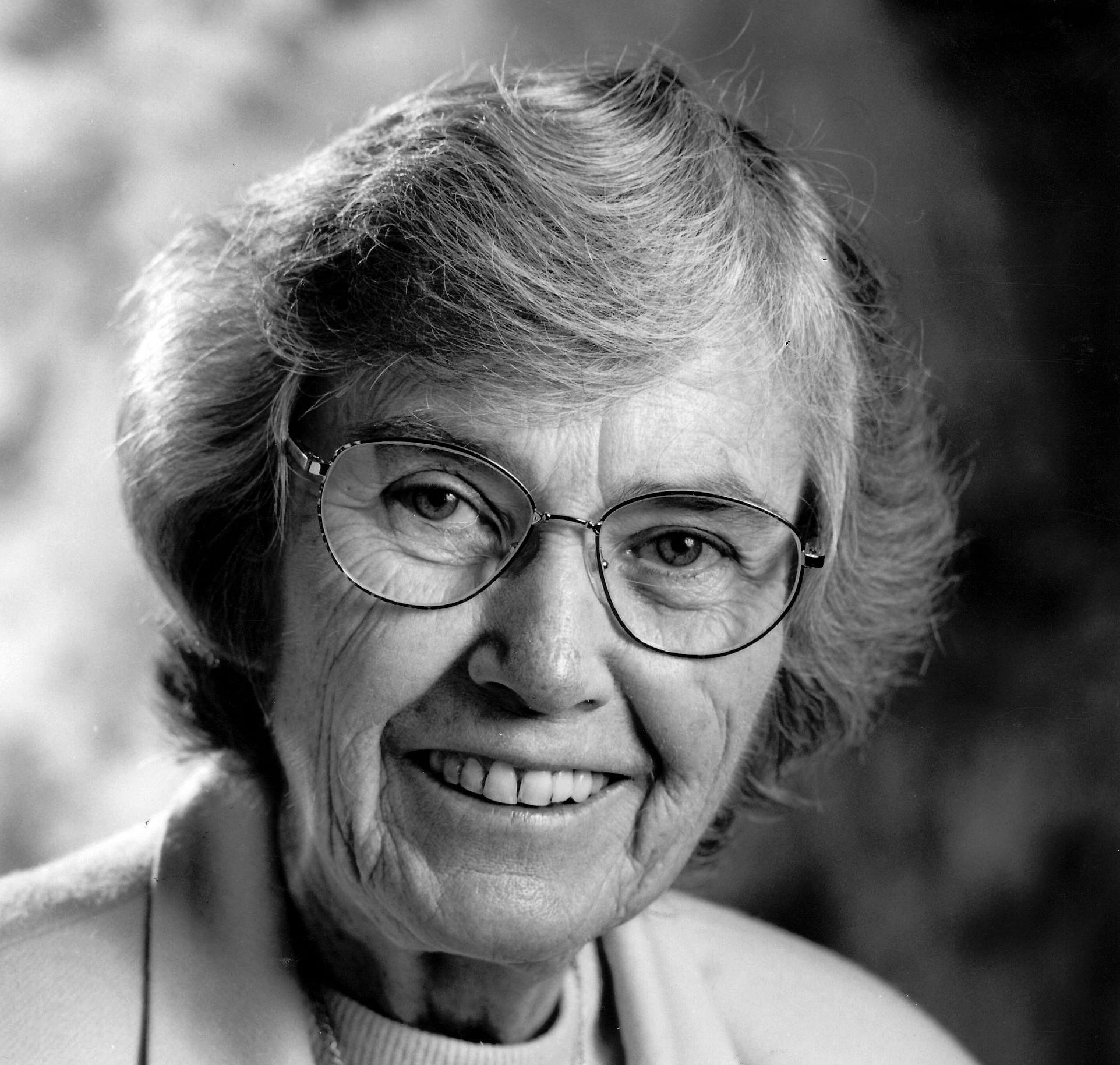 Sister Jeremy Carmody, a Dominican Sister of San Rafael for sixty-nine years, died peacefully on November 15, 2018 at Our Lady of Lourdes Convent in San Rafael. She dedicated her life, through her Dominican vocation, to students and their families in schools, to patients and staff at Saint Mary’s Regional Medical Center in Reno, to people everywhere who struggled on the margins of society, and to her community of sisters.

Born in Sacramento, Barbara Carmody was in the first graduating class of St. Francis High School, and attended Dominican College for two years before she entered the convent.

Sister Jeremy began her religious life in education, teaching in Santa Catalina School in Monterey, and Dominican Convent Upper School in San Rafael. She taught history, math and religion at the high school level at both schools.

In 1963, Sister Jeremy was asked to serve as the Novice Director for the congregation, walking with young women as they discerned their vocations to Dominican religious life and prepared themselves for life as finally professed members.

In 1969, Sister Jeremy returned to the ministry of education, serving as the Dean of Girls at Siena High School in Napa. Once Siena and Justin High Schools merged into one school, co-sponsored by the Dominican Sisters, and the De La Salle Christian Brothers, she served as dean, vice-principal and principal. Sister Jeremy was a true champion of Catholic education.

Sister Jeremy was elected to lead the congregation as Major Superior in 1979, and served two terms. It was during this time, and with her encouragement, that the congregation adopted a stance on sanctuary for Salvadoran and Guatemalan refugees, and welcomed a family to live in the motherhouse.

Her next ministry was as the administrator for Our Lady of Lourdes Convent, for which she prepared by earning a certification in applied gerontology at San Francisco State University.

Sister Jeremey moved to Reno, Nevada in 1992 to serve as the congregation’s representative at Saint Mary’s Regional Medical Center. While there, she particularly focused on expanding outreach programs for the underserved in the area, and enthusiastically volunteered with the Saint Mary’s Foundation and Casa de Vida, a home and support services for pregnant young women in Reno and Northern Nevada.

When she retired, Sister Jeremy remained living in St. Mary’s Convent and volunteered as her health allowed. She returned to San Rafael in 2013 and moved to Our Lady of Lourdes Convent where she was a vibrant member of the community of senior sisters.

Sister Jeremy is predeceased by her parents, William and Margaret, her brother-in-law, Jack Shea, and her niece, Liz Shea. She is survived by her beloved sister, Patt Shea, niece Shawn Shea and nephews Bill (Suzanne), Jay (Megan) and Michael (Jill) Shea, two grandnieces and four grandnephews, and by her Dominican Sisters.

The funeral Mass will take place on Monday, November 26, 2018 at 10:00 a.m. in the Gathering Space at Dominican Sisters Center, 1520 Grand Avenue in San Rafael.

Memorial gifts in honor of Sister Jeremy may be made to the Retirement Fund, Dominican Sisters of San Rafael, Development Office, 1520 Grand Avenue, San Rafael CA 94901.