The Dominican Sisters of San Rafael have a long history in education, health care, and caring ministries to those in need. Sponsorship is an ongoing relationship by which the Dominican Sisters influence an institution in a way that furthers the mission of both the institution and the Congregation. Some of our historic sponsored institutions flourish today under the direction of lay leaders. We currently sponsor three institutions: 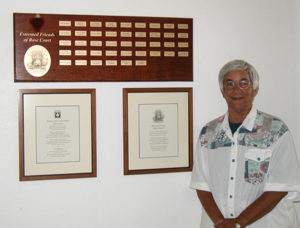 Rose Court is a unique community and a dream-come-true in San Francisco. It provides truly affordable rental apartments for eighteen families, and a neighborhood childcare center for pre-school children. The building was retrofitted primarily with FEMA funds in the aftermath of the 1989 Loma Prieta earthquake. The historic site adjacent to and part of St. Rose Academy, an important chapter in the story of Catholic education in San Francisco beginning in 1862. The main classroom building was destroyed by the earthquake and the school closed in 1990. But our congregation’s desire to minister in the Western Addition neighborhood did not waver. Rose Court welcomed its first residents in 2001. Sister Cathyrn deBack oversaw the entire process and now serves as the Resident Manager.

Directly descended from the first school founded in 1850 by the Dominican Sisters, and located in San Anselmo, San Domenico School serves pre-kindergarten through twelfth grade students and their families of all faiths. San Domenico is committed to excellence in education, preparing the next generation of global leaders. The school reflects its Dominican and Catholic heritage, calling all to uphold the values of study, reflection, service and community. www.sandomenico.org

The Dominican Sisters of San Rafael co-sponsor, with five other sponsoring congregations, the Catholic hospitals of Dignity Health (formerly Catholic Healthcare West). Dignity Health is the fifth largest hospital system in the nation and the largest not-for-profit hospital provider in California. St. Joseph’s Medical Center in Stockton, California, is part of the Dignity Health system. The Sisters owned and operated St. Joseph Home and Hospital beginning in 1899.

We Are The Order Of Preachers

In a time when religious life was lived primarily behind monastery walls, Saint Dominic was drawn to a ministry and style of life which mirrored that of Jesus and the apostles.