Gather@Grand: We Have Family in Iraq

We Have Family in Iraq

Many of us either know very little about life in Iraq, or have a hard time understanding what has happened there, even though it has been in the news for years. On this evening, you will hear from two Dominican women, Sister Nancy and Gloria, who have recently returned from visiting Iraqi Dominican Sisters in Kurdistan and Nineveh Plain.

It has been four years since the Sisters of St. Catherine in Iraq, along with Christians and other religious minorities, had to flee for their lives from the Nineveh Plain as ISIS advanced. The Sisters returned to their hometown about a year ago to find it demolished. They are dealing with the challenges of rebuilding. Sister Nancy and Gloria will share their observations, reflections and photos after visiting the Iraqi Dominican Sisters and members of the Dominican laity, learning about the status of their schools and other ministries, and plans for supporting thousands of families displaced by ISIS in 2014. 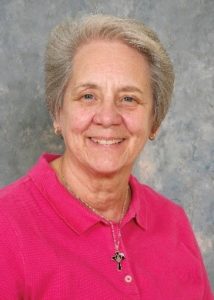 Sister Nancy, Chief Mission Officer for Providence St. Joseph Health in Southern California, volunteered to be part of the delegation because of her deep, personal connections to the people of Iraq. She was influenced by a parishioner’s faithful intercessions for the well-being of the Iraqi people during the 1991 Gulf War, by her nephew’s service during the US incursion that began in 2003, and by her personal relationship with a sister from the congregation of St. Catherine of Siena, Iraq, with whom she lived. 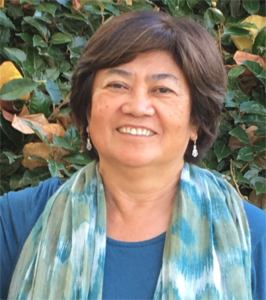 Gloria Escalona, DNP (Doctor of Nursing Practice), is semi-retired and volunteers as a health care provider in homeless shelters, hospitals, and nursing homes around the San Francisco Bay area. Her first trip to Iraq in 2001 was also with a Dominican delegation, to protest the economic sanctions in place then that severely impacted the lives of civilians.

This event has ended.