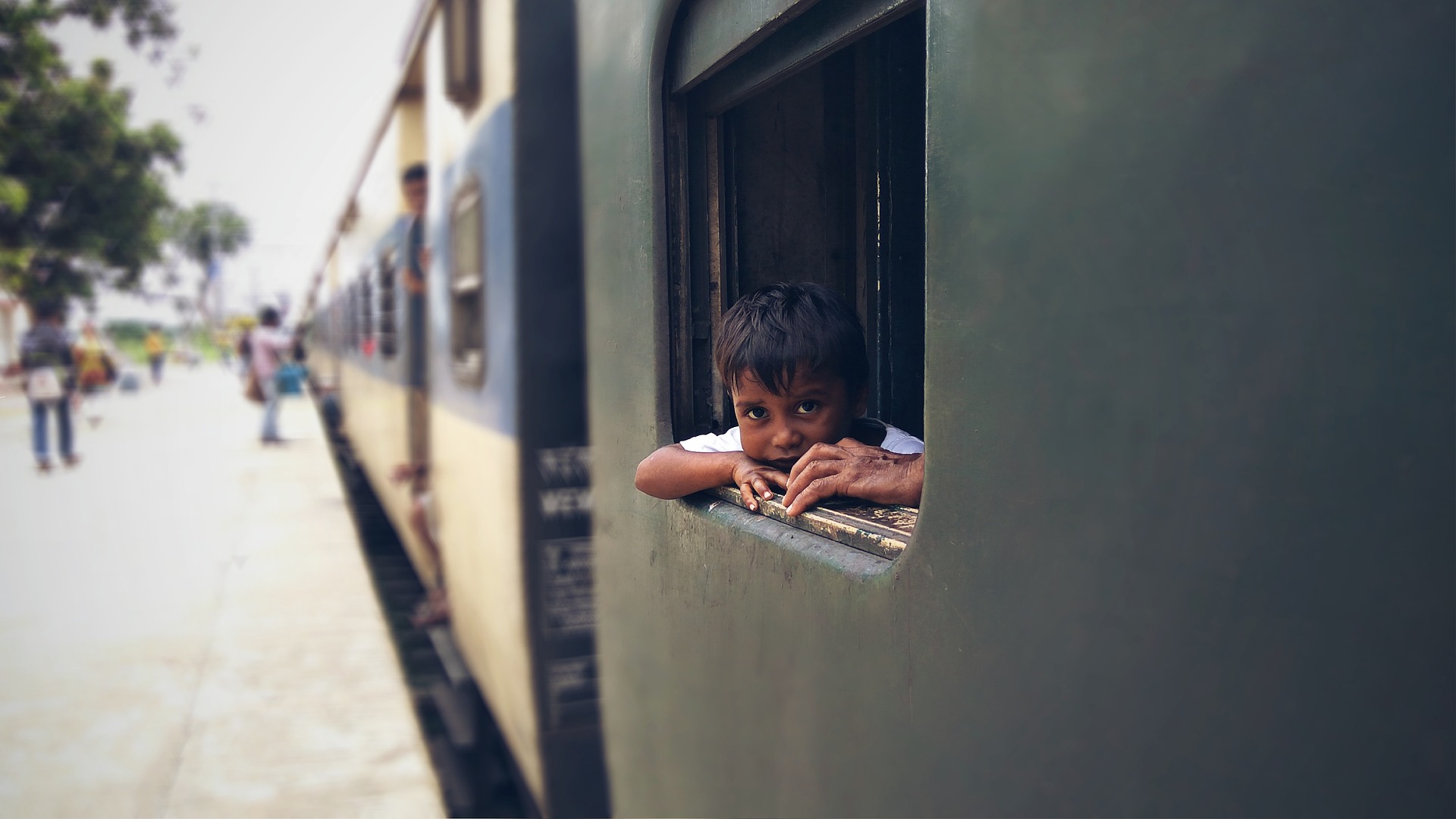 Recently, KQED featured a movie, LION, in their Saturday night movie program.  LION is the story of a six-year-old boy from India whose name, as he remembered it, is Saroo. Saroo at age six became separated from his family by getting himself lost. After adoption by the Brierlys, he lived in Australia for about twenty years before returning to India to search for his birth mother.

Saroo had never forgotten how he had become lost or came to be adopted. He repeatedly recalled the memories until they were firmly etched in his consciousness. His oldest brother, Guddu, had been working in another town to support his younger brother, Kollu, Saroo, and his younger sister, Shekila.  He hitched rides on trains to get from one town to the other, returning home at night after work. One night, Saroo begged to go with him.  Although reluctant to take Saroo with him, he agreed to take him as far as the town’s station, admonishing him to sleep in the station until he returned.  When his brother failed to come back for him, Saroo set out to search for him, thus getting lost. After hours of hitching rides on trains and many frightening adventures, Saroo got to Calcutta. Here he was taken to the orphanage from which he was adopted.

Saroo has written a book about his experience entitled, LION, A LONG WAY HOME. The book supplies the details for the movie. I purchased the book and watched the movie.  What most caught my attention and inspired this reflection was the unrelenting quest Saroo made to find his birth mother to discover the roots of his true self. He felt he was incomplete until he had done this.

I began to think about how we, as baptized Christians, live our adopted lives. St. Paul, in Galatians 4: 4 – 7, reminds us of the mystery of our adoption.

“When the fullness of time had come, God sent his Son, born of a woman, born under the law, to ransom those under the law; so that we might receive adoption. As proof that you are children of God, God sent the spirit of God’s Son into our hearts, crying out, “Abba Father!” So you are no longer a slave but a child, and  if a child then also an heir, through God.”

Do we seek to know God with the same passionate intention as Saroo?

In our seeking do we learn to change the ideas of God that were fitting for us as children but not for us as adults?

Does the self-giving of God inspire us to give of ourselves in building a better habitat for all who live on this earth?

When we fall short of our good intentions, let us pray:  May God favor us with love, guard us in peace, and bring to completion the work begun in Jesus Christ our Saviour.