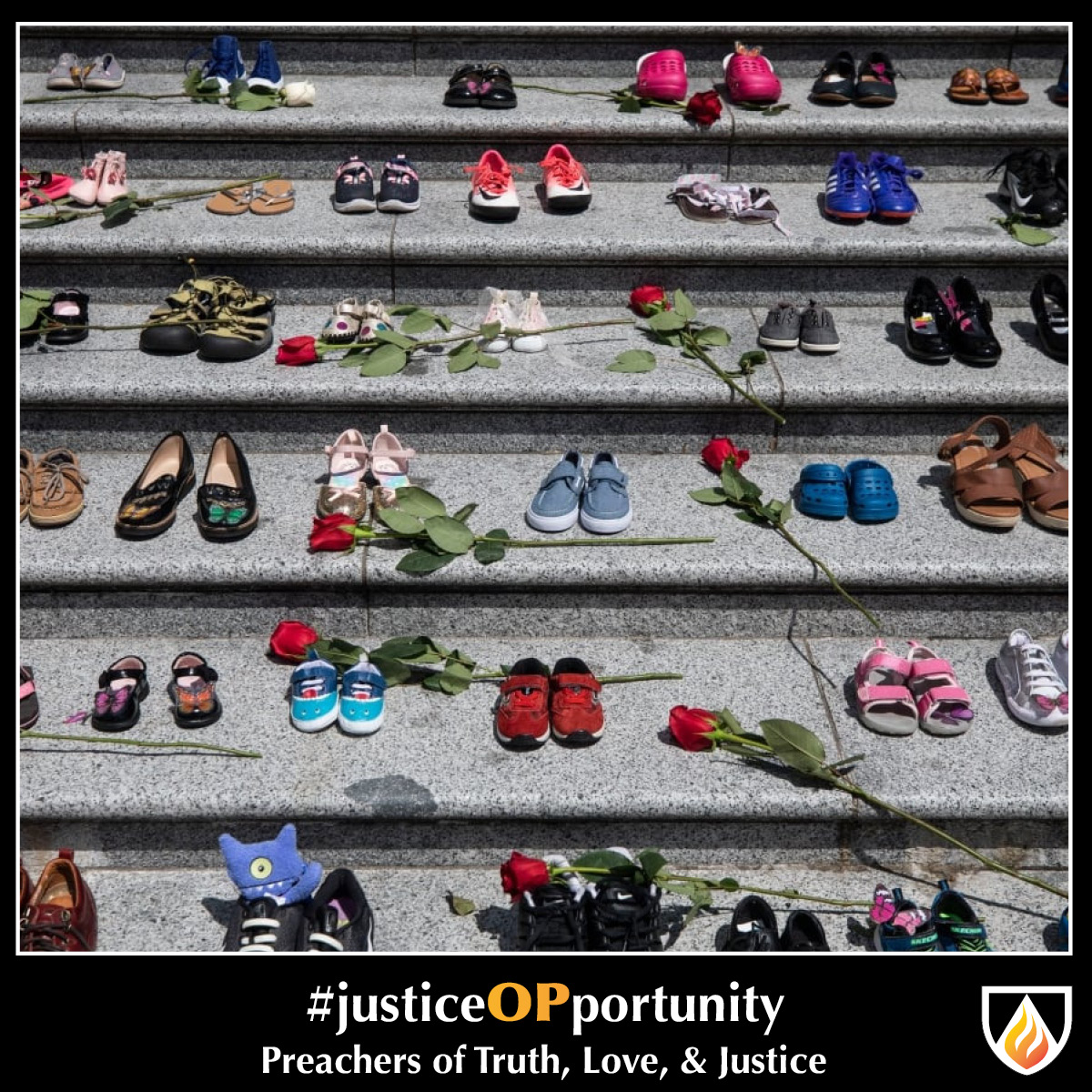 It’s #justiceOPportunity Thursday, and we hope you will join us in calling on our legislators to take action and pass a bill that will establish a Truth and Healing Commission on the Indian Boarding School Policy.

In June, Interior Secretary Deb announced a Federal Indian Boarding School Initiative to identify boarding school facilities and sites; the location of known and possible student burial sites; and the identities and Tribal affiliations of children interred at such locations. On Thursday, June 24, the National Congress of American Indians (NCAI), the oldest and largest national organization of American Indian and Alaska Native tribal governments, approved a resolution calling for a federal commission to build on the Department of Interior’s initiative. Both the Department of Interior’s initiative and the resolution from NCAI request that boarding school sites be examined to identify known and possible student burial sites and the number of children interred at these locations.

“This federal initiative comes at a critical time when the discovery of our lost children in unmarked graves in Kamloops, Saskatchewan and other parts of Canada, as well as the repatriation of our children from Carlisle Indian Boarding School, is revealing the deep grieving and unhealed wounds of the boarding school era’s impacts on our families and relatives,” said National Native American Boarding School’s CEO, Christine Diindiisi McCleave (Turtle Mountain Ojibwe).