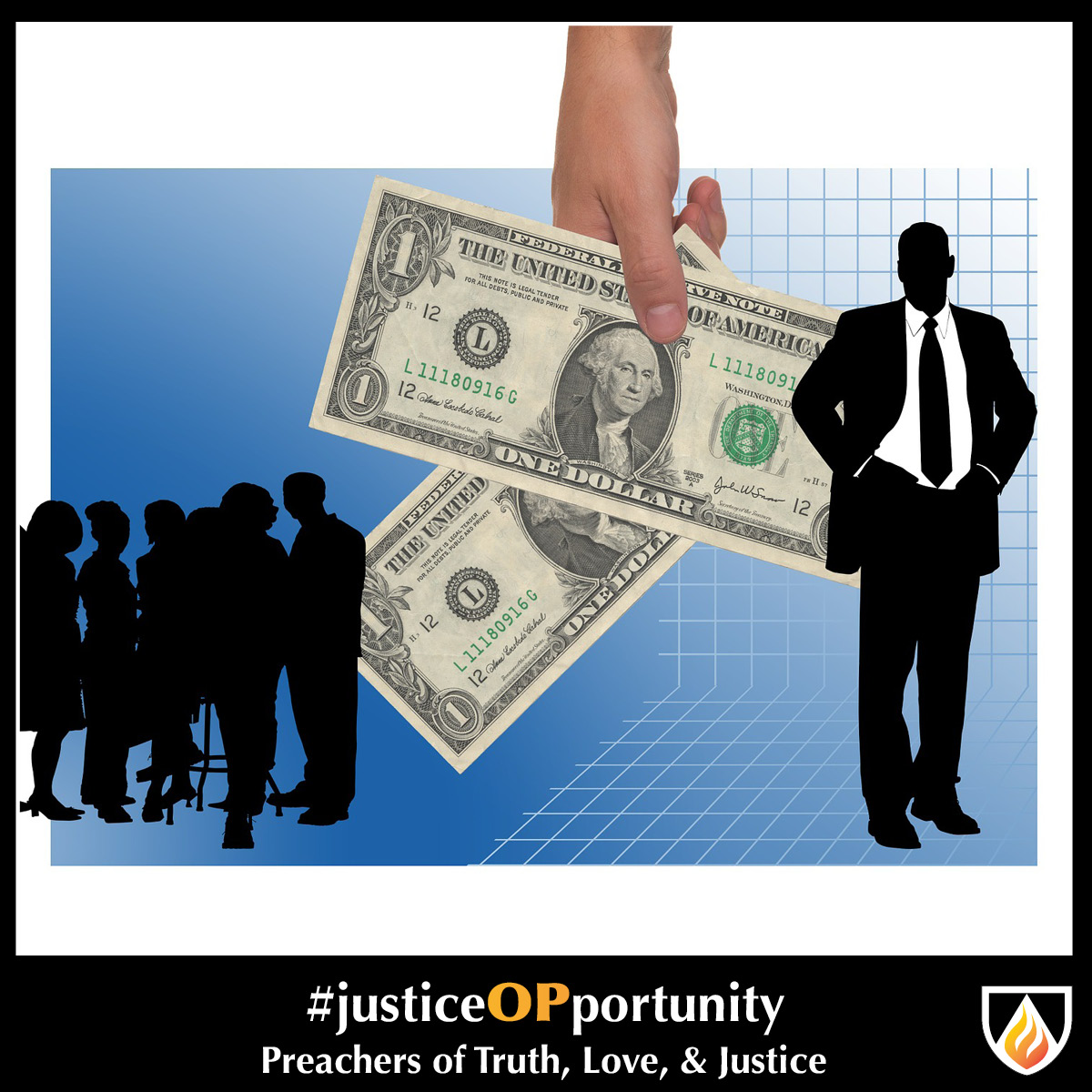 It’s #justiceOPpportunity Thursday and we are hoping you’ll join us in urging members of Congress to pass the Raise the Wage Act, giving workers a minimum $15/hour wage. It’s been more than 10 years since the last federal minimum wage increase, and the Fight for $15 movement continues organizing workers, lobbying Congress, and making workers’ voices heard to raise the wage.

The workers leading the Fight for $15 movement are the embodiment of Pope Francis’s call for workers to be “protagonists of their own destiny.” Their demand — raising the federal wage floor — would directly benefit women and Black and brown workers. In calling for higher wages and a union, McDonald’s workers are demanding human dignity be prioritized in an economic system that too often puts profit over people.

Will you act in solidarity with workers calling for a $15 minimum wage by using the following link? Email your Members of Congress to pass the Raise the Wage Act.

For the past decade, wages stagnated while the cost of living rose. In the past year, essential workers at McDonald’s and other foodservice jobs worked through the hazards of a pandemic, many without access to paid sick days. And still, these jobs pay poverty wages — barely enough to survive. We know this is immoral.