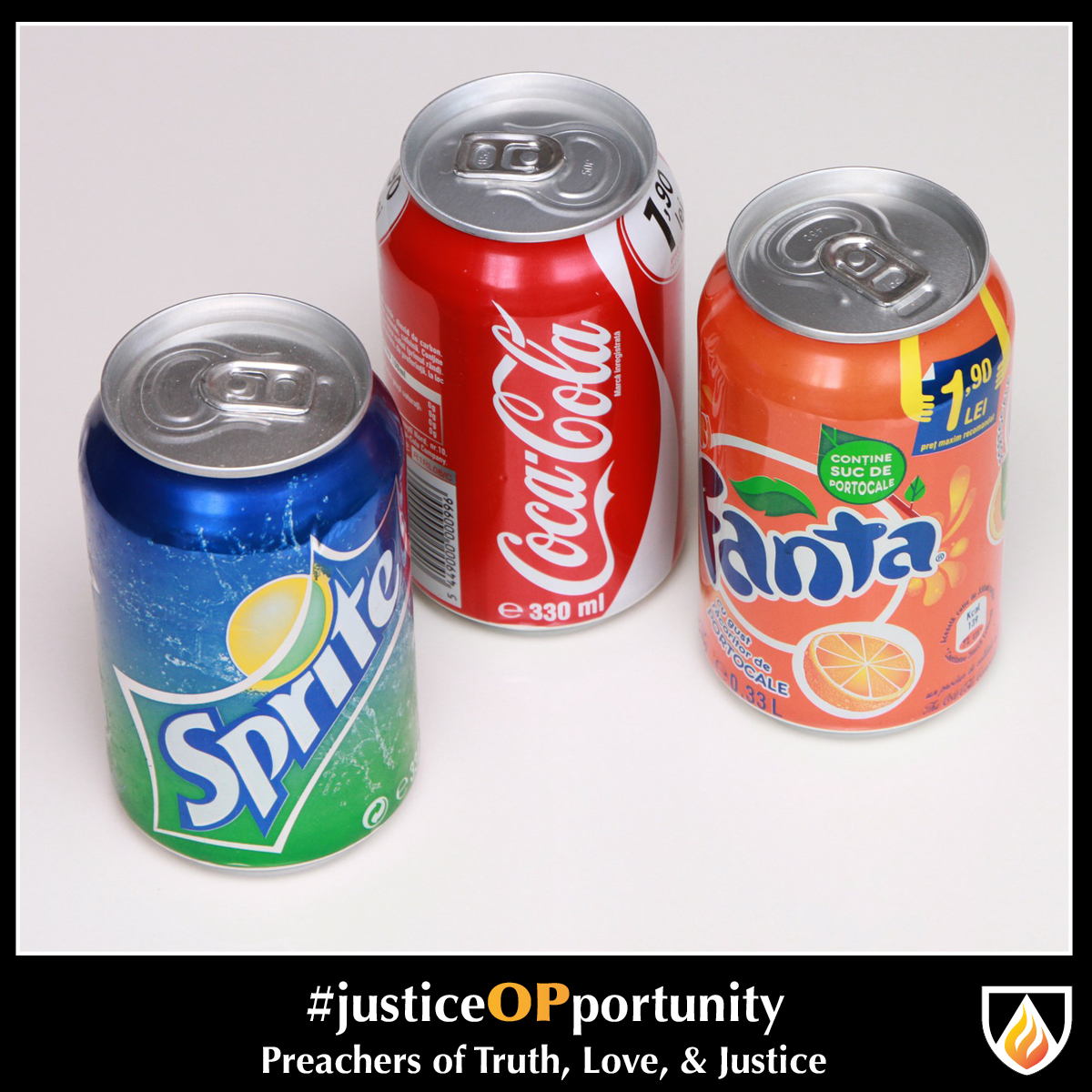 It’s #justiceOPportunity Thursday and we are inviting you to join us in signing a petition demanding Coca-Cola, PepsiCo, and other corporations stop exploiting our schools! Big Food and Soda have no place in our schools.

Corporations like Coca-Cola and PepsiCo have a long history of exploiting our schools for their own benefit, and it is time to call them out and make them stop. Coca-Cola, PepsiCo, McDonald’s, and other corporations frequently pay schools for the right to exclusively sell their junk food and unhealthy products to students. And this tactic is widely used from elementary schools, all the way up to colleges and universities.

And while cash-strapped schools get a quick infusion of cash from these contracts (cash they need because of the broken food system created to benefit corporations and severely underfunded education system), corporations get to fill the schools not just with junk food, but also with their misleading marketing and shiny advertising, as these corporations seek to addict a new generation to their toxic products.

The cost of these contracts is a worsening epidemic of diet-related diseases that are especially prevalent in Black communities, Indigenous communities, other communities of color, and in the Global South.

And while corporations are peddling their junk food at schools, they are also funding studies and supporting research. With this money that goes to research, the corporation retains the right to ‘quash studies’ or ‘pressure researchers using the threat of termination’ to produce research that could shift the blame for diet-related disease away from their junk food and sugary products to reasons such as lack of exercise. Other times, corporations are simply funding junk science to muddy the waters, deflect negative attention, and sow doubt, eventually impacting health policy and public health.

It is time that corporations like Coca-Cola, PepsiCo, McDonald’s, and others get out of our schools.