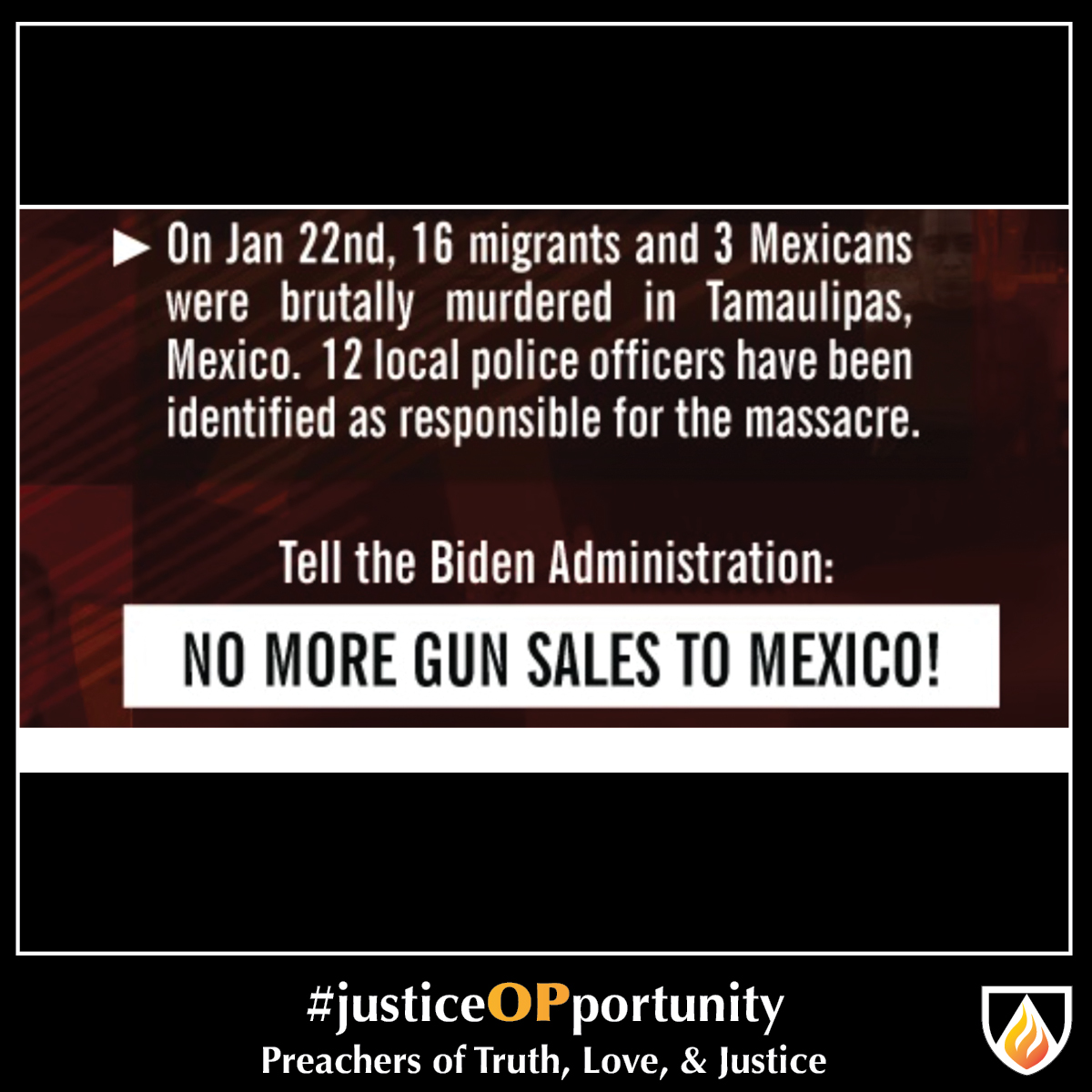 It’s #justiceOPportunity Thursday and we hope you will join us in getting word to President Biden urging the end of U.S. gun exports to Mexico. We urge President Biden to conduct a review and suspension of arms sales to Mexico until the United States has a way to keep weapons from going to units that commit massacres or collude with cartels. We urge President Biden to keep his commitment to addressing root causes of migration violence, extortion, and other crimes perpetrated by criminal organizations and end sales of guns and weapons to
Mexico.

This week, Global Exchange and partners at the Latin America Working Group delivered a letter to President Biden urging him to stop U.S. firearms sales to Mexico until effective end-user controls are established. The letter was signed by 100 international human rights, faith-based, grassroots, and foreign policy organizations, including Amnesty International USA, March for Our Lives, Win Without War, Brady Campaign, Friends Committee on National Legislation, and 2,000 concerned individuals.

This letter and call to action were sparked by the January 2021 massacre of sixteen Guatemalan and three Mexican migrants in Camargo, Tamaulipas, Mexico, just miles from the U.S.-Mexico border. Twelve Mexican state police officers have been arrested for the murders. Mexican state police officers involved in the massacre belonged to an elite unit (GOPES). This unit has received U.S. exported assault rifles and U.S. training.

The Camargo massacre is only the latest in a long history of innocent civilians and migrants being murdered and harmed at the hands of corrupt military, police and organized crime members armed legally and illegally by U.S. guns.

Peace in the U.S.-Mexico-Central America region will not be achieved if we fail to curb armed violence.