St. Mary Magdala:  The Apostle to the Apostles 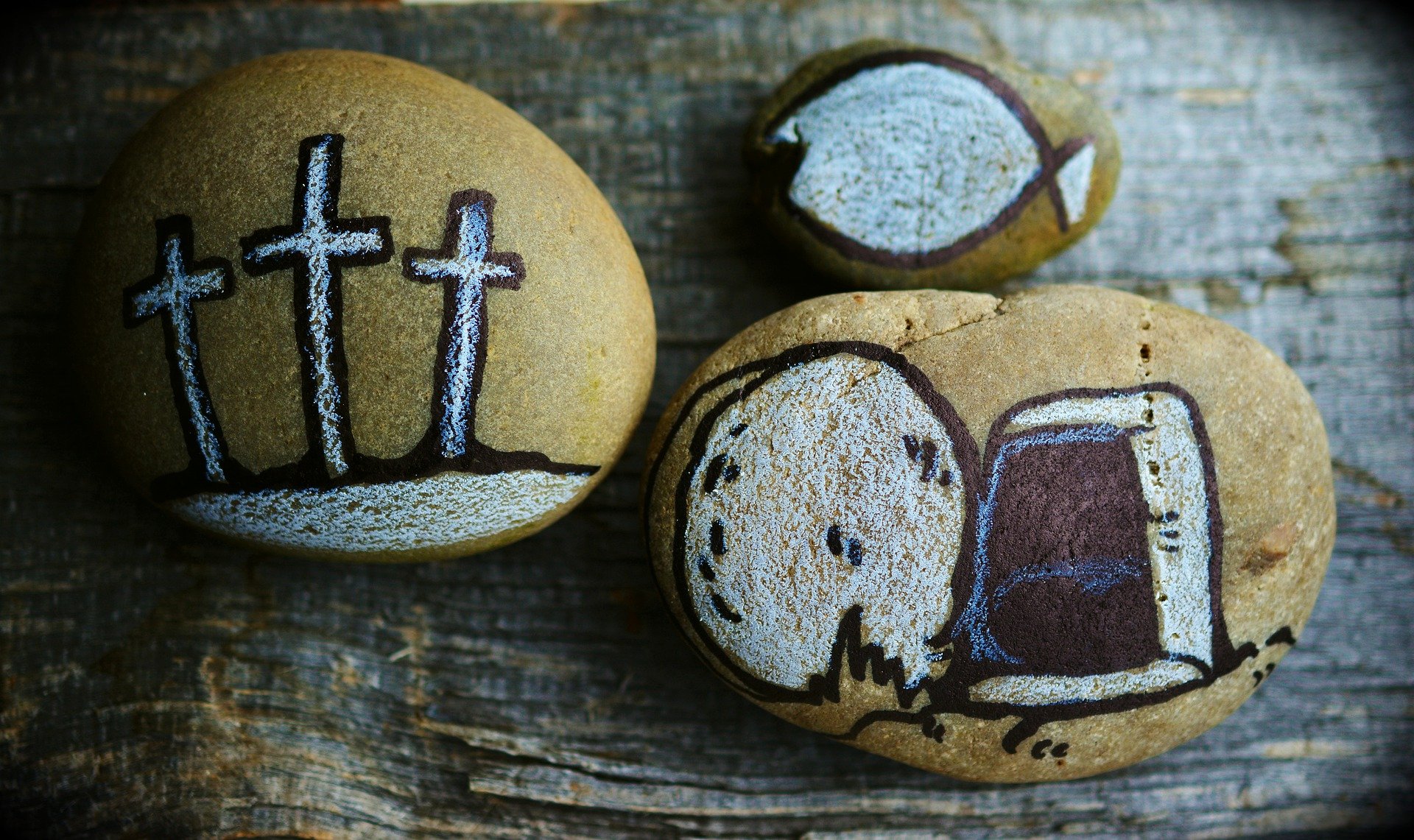 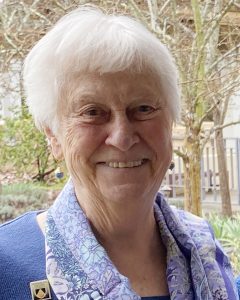 It has always puzzled me that on Easter Sunday we don’t have John’s full gospel account of Jesus’ appearance to Mary Magdala in the garden.  We hear only the first part of the story during the Easter Morning Mass.  On the Tuesday following Easter, we hear the second part of the story: Jesus’ appearance and Mary Magdala’s faith-filled response. The effect of the division seems to lessen the impact of the story as well as our impression of Mary’s significance in the early Church community.  Yet, as we carefully read and listen to the gospel stories, it is easy to recognize Mary’s prominence in Jesus’ life and the life of the early Church.

The gospels do not tell us much about Mary Magdala’s background, but that is not surprising. The gospels were written from a faith perspective to tell the story of Jesus.  However, before I continue, I want to briefly, but boldly refute the incorrect characterization of Mary Magdala as a prostitute.  The questions concerning Mary Magdala’s life arose in the early centuries of the church because of the many “Marys” we find in the gospels.  Sadly, for centuries erroneous connections among these “Marys” were made.  However, in this last century with its serious study of scripture, Mary Magdala’s reputation has been exonerated.

Yet, even though we do not have a lot of facts about Mary Magdala’s life, there are significant legends and oral traditions that help us fill in the gaps.  In order to do this, we need to consult other sources to find out more about Mary of Magdala’s identity (1).  Some scholars suggest that Mary might have come from a small fishing village that is on the west side of the Sea of Galilee.  The name of the town is Dalmanutha (Mk 8:10) which is a Hebrew word, but when it is translated into Greek the spelling is very close to “Magdala.”  Another theory is that her name reflects obvious qualities for which she was well known.  Magdala is a derivative of a Hebrew root word that means “tower,” “strong,” “fortress.”  This insight was reiterated in a letter that St. Jerome wrote in the Fifth Century.  “Mary Magdala received the epithet ‘fortified with towers’ because of her earnestness and strength of faith and was privileged to see the rising of Christ first even before the apostles” (2).  So Magdala could refer to Mary’s hometown and/or the spiritual characteristics that she possessed.  She certainly was tall in moral stature, as well as a forthright, loyal friend and disciple of Jesus.

We don’t know exactly where Mary went to live after the resurrection.  The gospels don’t give us any information concerning her travels and preachings.

Most of the legends that surround Mary of Magdala come from oral traditions which sometimes contradict each other.  One of the reasons for the diverse traditions is that many towns wanted to claim her presence and influence.   The townsfolks considered it an honor to have such an intimate connection with this great woman disciple.  Just think what it would mean to us if we lived and worked in the town where Mary Magdala had lived, preached, and prayed.  What would it feel like to walk in her footsteps, hear her stories and stand where she stood when she preached in the early days of the Church?

Some of the traditions seem more reliable than others.  Many of them grew out of a deep sense of piety, but a few, no doubt, developed because it was “good for business” so to speak.  Relics of saints in the Middle Ages drew many pilgrims to towns and villages that would otherwise have been overlooked.  It might sound strange to us, but relic snatching and trading was a vibrant trade in those days.

One of the traditions from the Sixth Century says Mary left Jerusalem with John and Jesus’ mother and sailed to Ephesus.  There they lived together and Mary Magdala preached the gospel.  Another legend says that Magdala, Bartholomew, and Philip went to Ephesus and from there continued traveling on missionary journeys. Magdala finally returned to Ephesus.  There is a tomb in Ephesus that claims to have her remains.

However, there are other popular legends that say Mary Magdala went to southern France.  According to one set of beliefs, Mary Magdala, Lazarus, Salome, and Martha all traveled to France and landed in Marseille.  There Mary retired to fast and pray.  There is still a small grotto with a chapel that marks the place where she lived.  Even to this day, pilgrims go to visit the area (3).

In the Eleventh Century Vezelay, another town in France claimed to have Mary’s relics and in this place, many miracles were performed in her name.  For over two hundred years thousands of pilgrims visited that town.  But then in the Thirteenth Century, a prince called Charles of Salerno discovered that Magdala’s relics were at the Church of St. Maximin. Again, at St. Maximin many miracles began to take place.  To honor Mary, they soon secured her skull in a crystal and gold reliquary.  On her feast day, the reliquary was taken out in procession for all to see and honor.

When we read these stories, we have to remember the culture and the times from which they come.  Miracles were attributed to many saints and oral folk traditions often filled in the missing links of the story.  Some of the stories were truer and better researched than others.  All of the claims can’t be true because as some scholars have stated, if all of the claims were true there would be five full corpses, plus many extra body parts that belonged to Mary of Magdala.

All of this sounds very strange to us, but in the Middle Ages, religious myths flourished.  It is easy to find similar pious stories of saints in all cultures.   Every nation has its own religious traditions and stories.  If those before us err on the side of hypothesis and imagination, we on the other hand might err on the side of demanding hard evidence and facts.

Perhaps the prudent line is somewhere in between.

But what does all of this mean to us?  We honor and celebrate the saints because they remind us of what God’s grace did for them and can do for us.  Mary Magdala was an extraordinary woman.  Her deep faith and dauntless courage kept her a loyal disciple even when Jesus suffered and died on the cross.  In spite of the guards at the tomb, she ventured out alone “while it was still dark,” to visit the tomb where Jesus had been buried.  The vision of an angel and of an unknown person must have frightened her, but nothing kept her from questioning either of them.  She was tenacious and persistent.  She must have traveled great distances and risked physical harm to preach the gospel.  We have no specific information concerning her death, but there can be no doubt that she was faithful and loyal to the risen Christ to the end of her life.  Mary has always held a unique position in Church history.  This “Apostle to the Apostles” is also the patronesses of the Order of Preachers (Dominican Order).

I would like to suggest that you reread the death and resurrection narratives in John’s gospel during this Easter season.  You also might want to reflect on the following questions.  Why do you think Jesus appeared to Mary first before any other apostle?  What wisdom can we gain from her life and preaching?  What difference has her faithful life made in your life of faith?

Special thanks to Mary Ellen Green and Maria Hetherton who have helped in editing this article. “Stories Seldom Heard” is a monthly article written by Sister Patricia Bruno, OP.

Previous
Next
The Journey toward Peace and Joy

In each of us there is a spark that can reverse the trends of violence and depression spiraling within us and in the world around us.