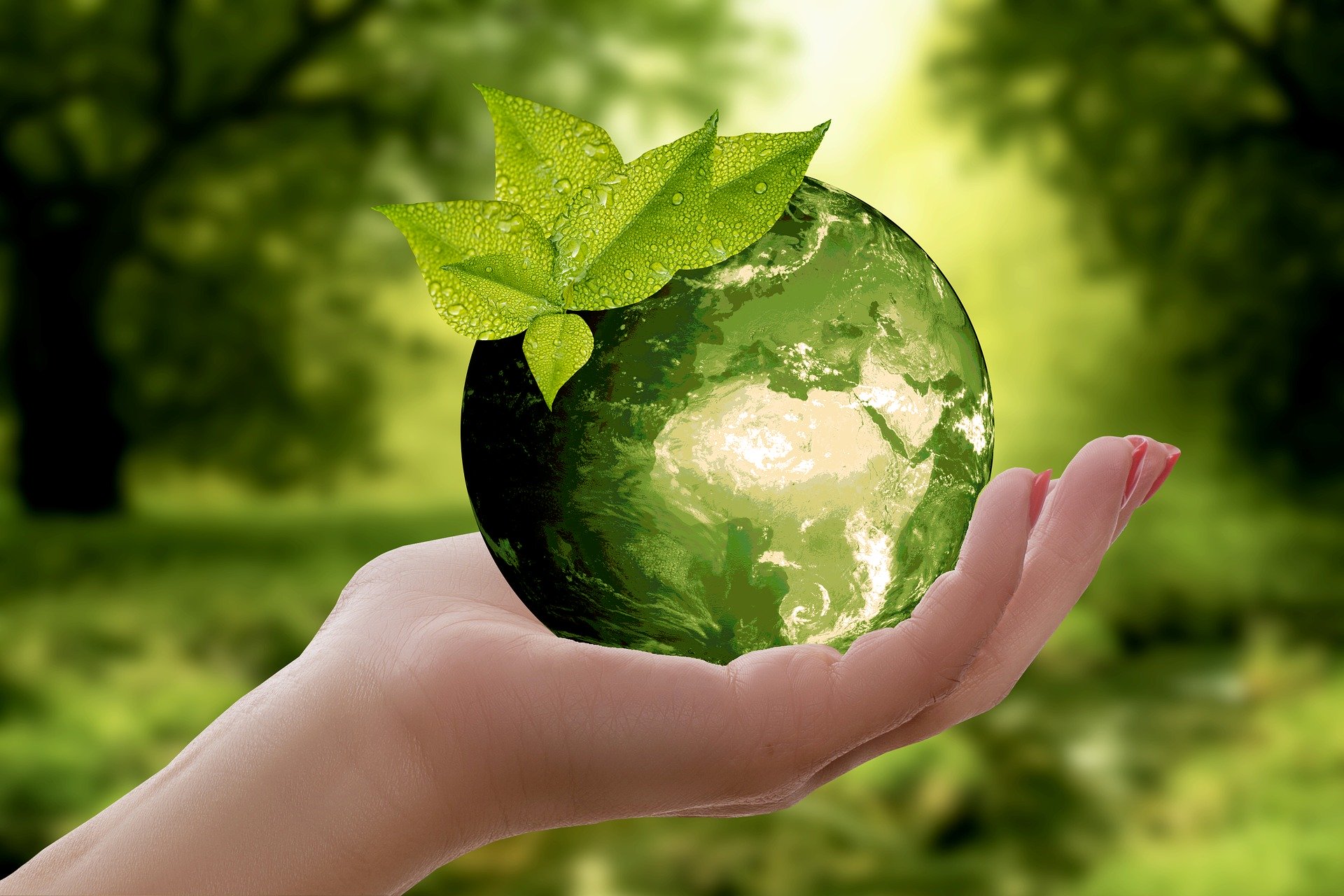 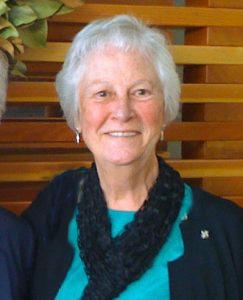 Welcome to Stories Seldom Heard.  I would especially like to welcome those who will be participating in the online retreat from Moraga, Marin, Petaluma, and San Mateo, CA. If you would like to have an online retreat, Father Jude Siciliano, OP, and I are offering them to faith communities, prayer groups, and parishes.  My contact information is at the end of this article.

On October 4, the Feast of St Francis of Assisi, the Christian Churches throughout the world representing 2.2 billion Christians, as well as many other faith communities, will culminate the celebration of our monthlong program: Season of Creation. This ecumenical program fosters study, prayer, and actions to support the care of creation – our common home.  The history of this ecumenical collaboration is intriguing as it has developed over the years.  In 1989, on September 1st, the beginning of the Orthodox Church year, the Ecumenical Patriarch Dimitrios I, proclaimed September 1st a Day of Prayer for Creation.  The World Council of Churches was instrumental in extending this season of celebration and study until October 4. Pope Francis in the name of the Roman Catholic Church officially welcomed the Season of Creation in 2015. In recent years statements from religious leaders throughout the world have encouraged their members to sincerely commit themselves to prayer and actions on behalf of our common home.

Pope Francis’ document, Laudato Si, published in June 2015, presents an integral ecology.  Even though it is not on the level of scripture, Laudato Si is part of the Social Teachings of the Church.  It is the most comprehensive encyclical on the care of the earth and the interconnectedness of all creation that the Church has published.  For the last five years, members of parishes and religious organizations have studied the encyclical and become more aware of the almost irreversible devastation of the environment and the extreme poverty that we have caused.  It would be tempting to give up in despair.  Yet, in the true religious prophetic tradition, Pope Francis offers us words of hope, practical strategies for healing the earth, and a call for personal and collective conversion

Pope Francis is not the first to warn us of the connection between sin and the destruction of the earth and its resources.  The Book of the Prophet Joel also describes the devastation of the land and all of its inhabitants.  Hordes of locust, which could be covert language referring to foreign armies, have destroyed the crops, “the granaries lie in ruins…herds of cattle wander bewildered…the watercourses have run dry” (Joel 1:18-20).  The situation that Joel describes is not hard for us to imagine. His description is vivid.  Besides, we often see similar images today.  Throughout the world, crops are being devastated by insects and drought.  Tragic stories of fires and loss of crops and livestock, as well as ferocious storms, are frequently shown in the news.  Essays uncovering the causes of these horrific situations are published in scientific and popular magazines.

Joel’s description of devastation is so extreme that the prophet, in the name of God, calls the whole Israelite community to repentance.  All of the members of the society are called together: young and old, women and men, people with prestige and power and slaves. In other words, all of the people must work together for a better future.  This calling together of all the people is unique to Joel.  No one is without sin. Everyone is called to conversion and acts of repentance.

I stress this connection because this is true for us too. Even though The Book of Joel was written thousands of years ago his prophecy is addressed to all future generations.  With this in mind, the collective acknowledgment of the community’s sins and each person’s responsibility to turn back to God through public penance clearly identifies the two interconnected processes.  Joel is describing the plight of a small group of people compared to our world today, but Joel’s plea becomes very clear and personal as we view the devastation of our land, seas, and air quality, as well as the suffering of the people throughout the world.

However, The Book of Joel does not leave the Israelites or us without hope.  The plagues and ecological destruction become the call to conversion, a conversion that we cannot accomplish by ourselves.  The Israelite people must turn away from the false gods of greed, pride, self-centeredness, and profit off the backs of the poor.  It is within this context that Joel identifies God’s desire to forgive. This is not the last time the Israelites will be called to repentance.  Like us, they fall into a pattern of sin and repentance.  Yet, Joel, along with all the other prophets, reminds us that God uses even our sins to bring us back into closer union.

But now…come back to me with all your heart, fasting, weeping, mourning.  Let your hearts be broken not your garments torn, turn to…your God again, for God is tenderness and compassion, slow to anger, rich in gentleness, and ready to relent (2:13-14).

It is because “God is who God is that the prophet Joel can promise that from disgrace will come grace” (1).  Joel’s understanding of God is the reason for hope.  The people gather. They plead their case before God.  Part of their defense sounds a bit childish.  They remind God that if God does not save them God will not have a good reputation among foreign nations.  This bargaining tool is not unique to The Book of Joel.  It also appears in other books of the Bible.  However, God does change God’s mind.  Because of God’s love of the land, God takes pity on the people (2:18). The plagues are lifted.  Corn, wine, and oil flow throughout the land.

O soil, do not be afraid; be glad and rejoice…..Beast of the field, do not be afraid…pastures on the heath are green again…vine and fig trees yield abundantly….the autumn rain has poured down for you….the threshing floor is full of grain… (2:21-25).

I will make up to you for the years devoured by grown locust and hopper, by shearer and young locust, my great army which I sent to invade you. My people will not be disappointed any more (2:26-27).

The healing of the land and the spirits of the people are overflowing; their joy is bursting at the seams.  But more is needed if the earth and all its inhabitants will continue to receive justice.  God knows that we humans cannot do it on our own.  God makes a promise.

After this, I will pour out my spirit on all humankind.  Your sons and daughters will prophesy, your old men shall dream dreams, your young men see visions.  Even on the slaves, men and women will I pour out my spirit in those days (2: 28).

What an extraordinary promise!  No one is excluded.  The Spirit of God will be lavishly poured out on anyone who has a contrite and loving heart.  Visions, prophesies, and dreams are offered to the whole community: slaves, women, children, and men, all receive the same Spirit.  Nothing can constrain this Spirit except our refusal.  This Spirit enables a restoration that is cosmic.

It is the Holy Spirit who hovered over the chaos of the beginning of the world and is as present with us today.  It is this Holy Spirit who waits to hear our prayers and direct our daily individual and collective decisions.

I invite each of us to ask this Holy Spirit to open our eyes to whatever blocks the Spirit’s power in our lives.  What keeps us from working wholeheartedly for a cosmic restoration?   What barriers do each of us put up?  What gifts do we need in order to move toward wholeness?   Perhaps we could write the answers to these questions and at the end of each day note our response.  Then pray a brief prayer: one of thanksgiving and one for Wisdom to know how to continue to act on behalf of God’s gift of creation.

The Spirit is an equal opportunity resident!  Remember in every age “I will pour out my Spirit.”  Sons and daughters will prophesy, the old shall dream dreams, the young will see visions.  On slaves and free women and men will God pour out God’s Spirit.