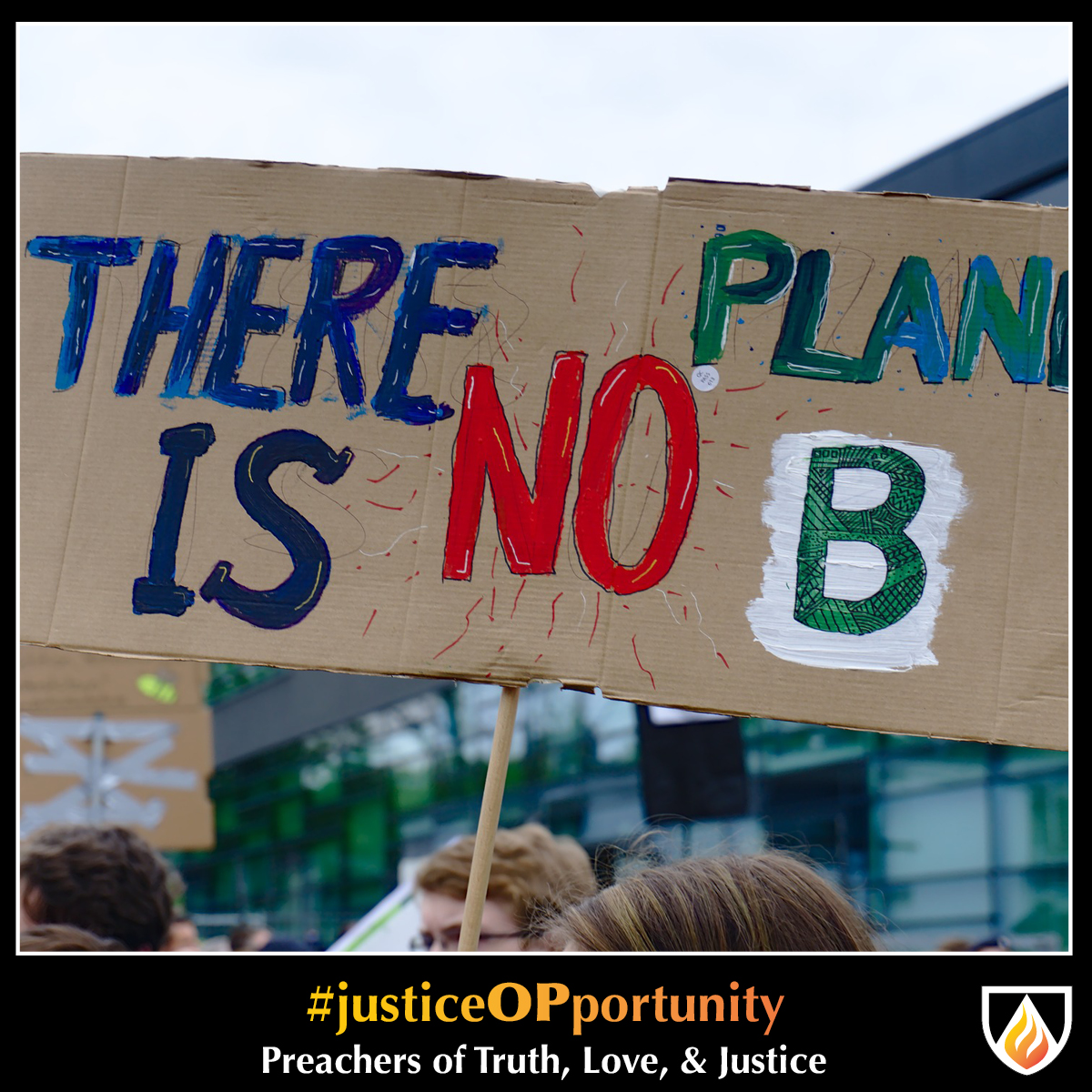 It’s #justiceOPpportunity Thursday and we invite you to join us in raising awareness about and taking action with regards to climate change and the need for care for creation. No country can expect to escape the effects of climate change. Because greenhouse gas emissions and ecological degrada­tion in one place affect the entire earth’s climate, global coop­eration is necessary to address this crisis. The most recent and successful cooperation effort is the Paris Agreement of 2015, a landmark accord signed by all 197 countries in the world.

The Paris Agreement requires each signatory nation to offer a plan to reduce greenhouse gas emissions every 5 years. It also creates a fund for countries to contribute to mitigation and adaptation projects, particularly in impoverished coun­tries. However, most countries have failed to lower their emis­sions or pledge enough to avoid catastrophic climate change. Frustrated with their governments’ inaction, in re­cent years youth all over the world have taken to the streets to demand their leaders act to protect their future. The U.S. plans to formally leave the agreement on November 4, 2020 but can initiate the process to re-enter at any time.

Climate change is no longer a problem only facing fu­ture generations. We should urge our leaders to take strategic action at every level to mitigate the effects of climate change and assist those who suffer from its effects.

We can call on our candidates to support the following policy commitments: