Sisters Named City of San Rafael 2020 Citizen of the Year 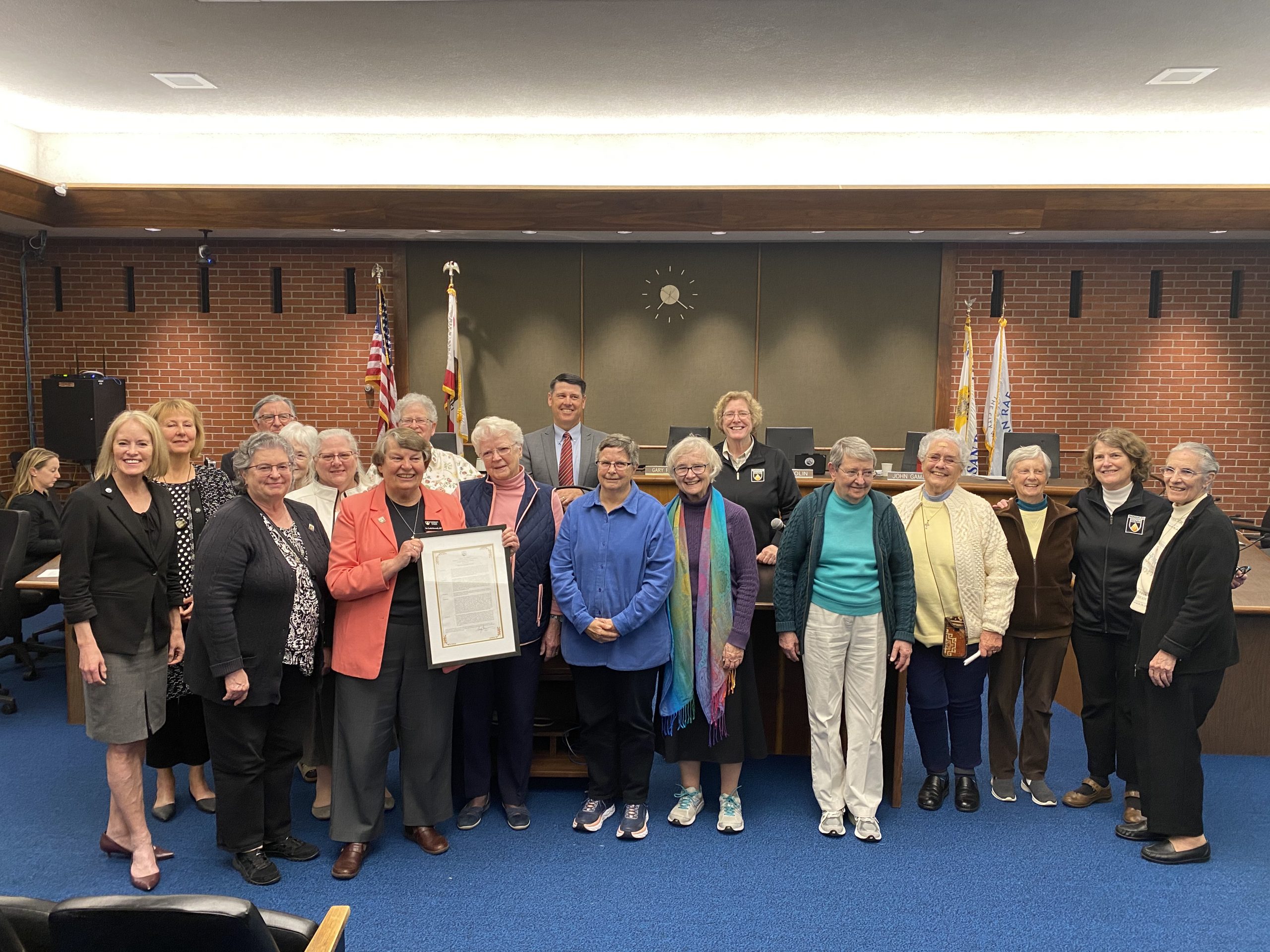 On Monday, March 2, more than two dozen Sisters filled the City of San Rafael council chambers to show their support for a friend of the congregation for whom they understood to be the newly named Citizen of the Year. When Mayor Gary Phillips took the microphone to make the much-anticipated announcement, the sisters sat excited, pleased with their secret-keeping capabilities. Imagine the surprise when Mayor Phillips announced that the honor goes to the Dominican Sisters of San Rafael! What a delightful ruse and wonderful honor.

The Dominican Sisters of San Rafael stand on the shoulders of giants and are grateful to founder, Mother Mary Goemaere, OP, who arrived in California from France in 1850 and set up the first community of women religious with early locations that included Monterey, Benicia, and San Francisco with a primary focus on education. Our origins in San Rafael began with the leadership of Mother Louis O’Donnell (1887-1929), who with tremendous faith, generous donations, and pledges of financial support arranged for the construction of a new Victorian-Renaissance style building in San Rafael in 1889 which became Dominican College of San Rafael. With such firm and rich foundations in the community, the Dominican Sisters are committed to living out their mission to bring the Gospel to bear on the critical issues of the times; constantly expanding their ideas of where and how they could best be of service to God’s people. Today the Sisters can be found not only in schools and hospitals, but also in parishes, social service agencies, day programs for those without homes, and prisons. The Sisters minister as spiritual directors, chaplains, retreat leaders, artists, physical therapists, professors, peace and justice promoters, and tutors. We go where God leads us.

The Catholic San Francisco highlighted the Catholic social teaching accolades in a congratulatory article. “The sisters’ involvement in social justice issues from immigration to affordable housing to advocating on behalf of the most vulnerable in our community has been a ‘beacon of inspiration and hope for all,’ according to the proclamation issued by the City of San Rafael. The proclamation detailed how the sisters have been models of respectful leadership. ‘In an age where incivility permeates all levels of society, the sisters have shown us what it means to be thoughtful, patient, and understanding.’

“The sisters’ ‘quiet determination’ has improved individual lives and the community as a whole, it said. ‘They are silent warriors who continue to persevere, selflessly pursuing their vision statement: We reverence and affirm the inherent dignity of each person. We will work for transformation of attitudes and systems that deprive any person of dignity.’”

“We are humbled by this honor to be named San Rafael Citizen of the Year and share this recognition with all our community partners, and most certainly with those whose shoulders upon which we stand,” remarked Sr. Carla Kovack, Prioress General.