December is the Dominican Month for Peace 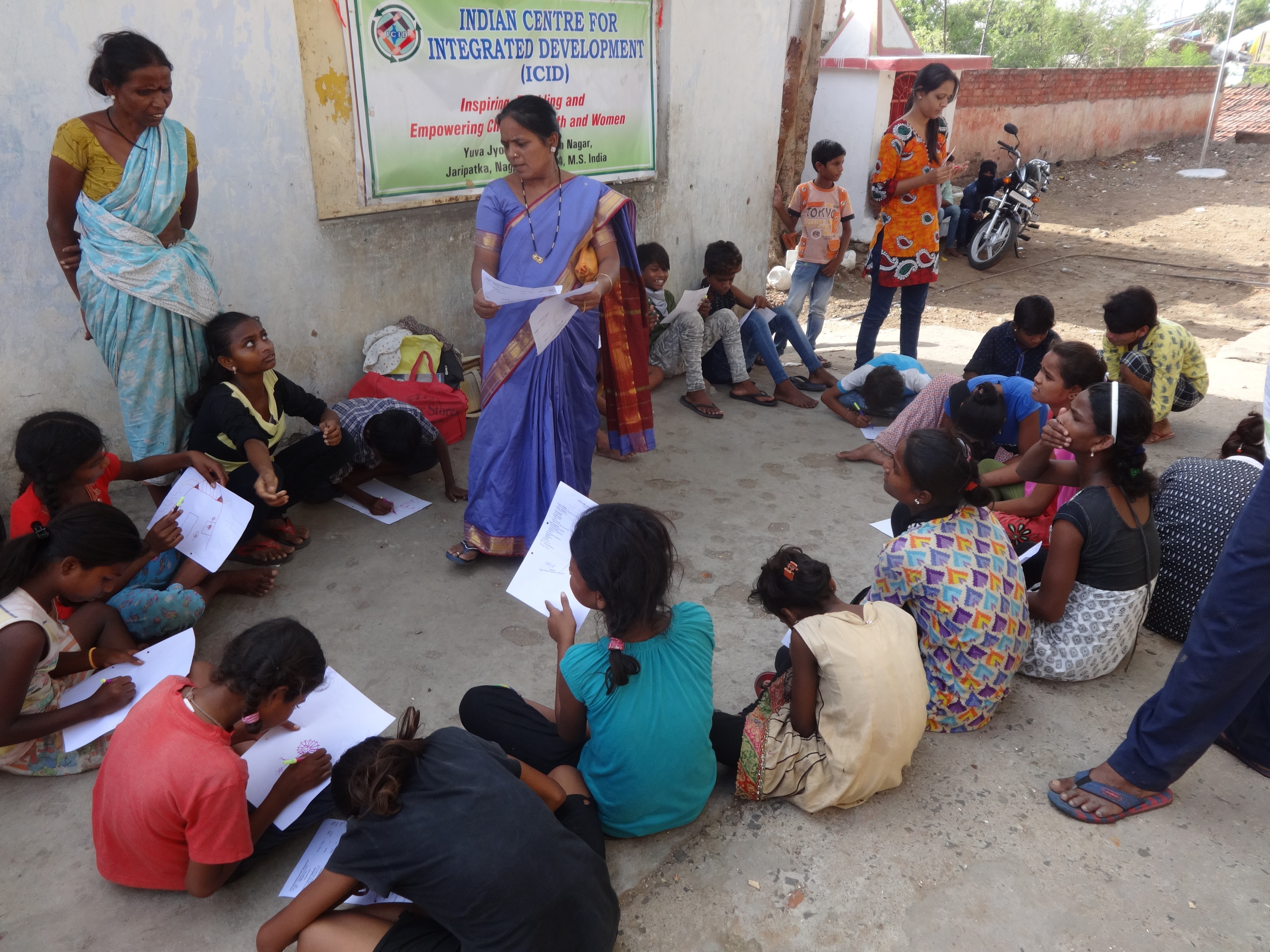 The Annual Dominican Month for Peace is focused on India for 2019. In solidarity with the Dominican Family worldwide, we are asking for prayers and actions for the country of India.

In 2017 we showed our solidarity with Dominicans promoting the national Peace Accord especially involving peasants in Colombia, and in 2018 we supported our brothers and sisters struggling for democracy and peace through credible elections in the Democratic Republic of Congo. Now we turn to another region and we are directing our Dominican solidarity to India, a country which, in recent years, has experienced considerable growth and development.

A Christmas Prayer for the Children of India 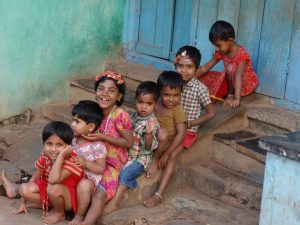 At the beginning of Advent, we invited all to respond in solidarity with the people of India, especially abused and violated women, children, and Indigenous (tribal) people during the Dominican Month for Peace 2019.  By supporting them, we also wanted to join our efforts to those of the universal Church with regard to youth (after the Synod on Youth in 2018) and indigenous people (alongside the Synod on Amazonia in 2019).

To begin the Month for Peace, we suggested that people show their solidarity by organizing a prayer vigil, spreading the word through the media, producing a thematic work of art, making a financial contribution, and praying.  We thank those who have participated in this world-wide effort in support of the work of Dominicans in and with the peoples of India.

To close this Month for Peace and enter into Christmas hope for peace and joy we share a prayer for Christmas from the children of India.

Leader: This is the day the Lord has made; we will rejoice and be glad in it.

People: How can we rejoice? We have brothers and sisters, all over the country, who must face issues that may affect their rejoicing.

Leader: This is a day of opportunity; a time to remember all those people who face oppression and exploitation of various kinds.

People: A time to be challenged to greater action and service, to improve the conditions of all who cry out for justice.

Leader: This is not only a day for rejoicing, but a day to seek the truth and face the truth; a day when we must not turn away into comfortable enclaves of silence.

All: it is a day of hope that the truth will set all people free. Yes, this is the day the Lord has made; we will rejoice and be glad in it.

The Human Rights Situation of the Indigenous (Tribal) People of India 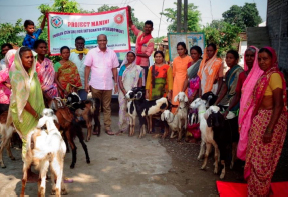 The tribal population of the country, as per the 2011 census, is 10.43 crore (104,3 million), constituting 8.6% of the total population. 89.97% of them live in rural areas and 10.03% in urban areas. Some of the major issues faced by tribal people are land alienation, displacement, enforced migration, poverty, indebtedness and exploitation leading to actions of frustration and hopelessness.

Tribal people have always been geographically isolated. Non-tribal investors have taken advantage of their distinctive culture, their weak connection to the broader community and their vulnerable condition to exploit and suppress them for decades and still today. Tribal people continue to be displaced due to “development” activities, with grossly inadequate rehabilitation processes. Being peace-loving and timid people, they are frequently victims of violence.

In 2015, a total of 6,275 cases of atrocities against persons belonging to Scheduled Tribes were registered in the country. In addition, tribal people lack access: to quality education due to unavailability of schools near their habitat as they often live in dense forests and remote areas; to health care centers; and to proper implementation of government welfare schemes and policies. Furthermore, tribal people in north-east India face problems of insurgency, atrocities under cover of the Armed Forces Special Power Act, and never-ending tensions between the north-eastern states and central government.

To show solidarity, Dominicans worldwide are urged to act and pray.

1. Reflect! Sr. Patricia Bruno, OP, our Promoter of Preaching, alerted us to a timely reflection by James Marchionda, OP, “Is God’s Time Our Time?” The reflection is on Psalm 72 that is the responsorial Psalm and focuses on justice in our times, especially for the people of India, our focus during this Dominican Month for Peace. To hear this timely 9-minute reflection, go to word.op.org.

2. Pray each day for the Dominican Family in India, for the indigenous people who suffer injustice, and for their empowerment in efforts to become full members of society.

3. Study! Missionary Dominicans of the Rosary minister with persons of the Rathwa Tribe in the state of Gujarat. See more on the congregation’s website: https://misionerasdominicas.org/en/widow-pension-yojana-case-study-2/

The Human Rights Situation of Women in India

Last week we looked at the experience of female children.  This week we focus on women, who comprise nearly half the population of India, suffer social and economic discrimination and lack of social liberty with a dominant life experience of oppression, restrictions, violence, and exploitation. While they play a vital role in managing the family and contributing to the family economy, their contribution goes unrecognized as they are treated as subservient to males. Deprived of education, equal opportunities for productive expression and political decision-making, largely confined indoors and subjugated relentlessly, women continue to face grave violations of rights.

“Girls Adoption and the Role of Women in Indian Society”

“Situation of Women in India” 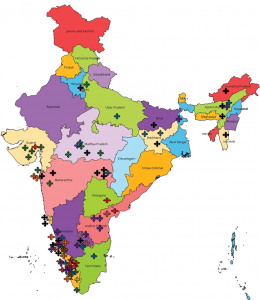 2019 THE HUMAN RIGHTS SITUATION OF CHILDREN IN INDIA

Children under the age of 18 comprise 37% of India’s population. Many of them experience deprivation such as lack of access to basic education, nutrition or health care. In addition, many are subjected to various forms of abuse, neglect, violence, and maltreatment, which dominate their childhood experience. According to the National Crime Bureau Report (NCRB), in 2015-­2016 there were 32,973 cases registered under the Protection of Children from Sexual Offenses (POCSO) Act including 19,765 cases of child rape, 12,226 cases of sexual assault, 934 cases of sexual harassment and 47 cases of use of children for pornography. Additional forms of abuse include domestic abuse, child trafficking, and child labor. It is estimated that linked to poverty and other social structures of the society, there are around 10.1 million working children between 5-14 years of age. This accounts for 3.9% of the total child population, and of these children, 26.0% are used as peasants/cultivators, 32.9% as agricultural laborers, 5.2% as household industry workers, and 35.8% as other workers (Census, 2011).

Further violations of child rights, legitimized by cultural practices and customs deeply rooted in the male-dominant patriarchal society, involve child marriage, of which 326 incidences were reported in 2015-16 (NCRB, 2016), and gender discrimination, which has created significant gender disparity. This is reflected in the preference for providing educational opportunities for the male child. The perception of girl children as a burden to the family also leads to sex-selective abortion, which has resulted in an unequal sex ratio in the country with 933 females per 1000 males (Census, 2011).

The Indian Center for Integrated Development (ICID) is an Initiative of the Indian Dominican Friars established to empower the most vulnerable and disadvantaged members of the community to lead a dignified life. The organization rescues children from exploitative, abusive and other disadvantaged situations such as train stations, streets, pavement dwelling, and workplaces and provides a protective environment where a child finds a safe, dignified and child-friendly atmosphere, including rehabilitation into their families. This is done through various programs, street outreach, the formation of children’s groups, organizing child rights awareness and advocacy programs. ICID offers educational opportunities from kindergarten through adolescent academic and skill centers for library skills, computer literacy, and job training, as well as summer camp opportunities for children in slum communities.

To show solidarity with our Indian Dominican family, join in the following: