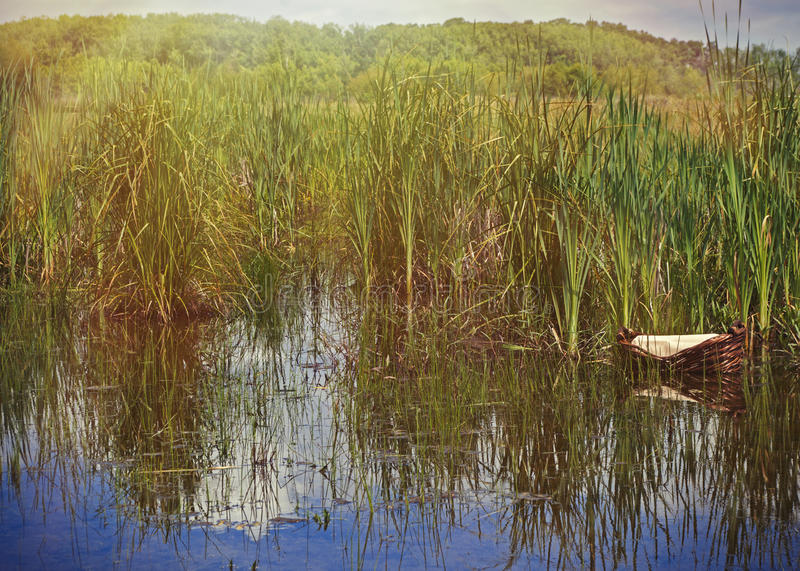 Puah and Shiphrah?  What is their relevance to us? 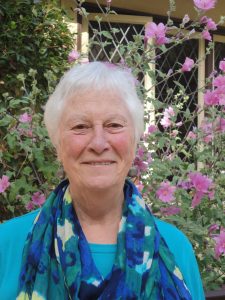 The story of Puah and Shiphrah, the midwives who saved many Israelite baby boys from Pharaoh’s death sentence, is also connected with the rescue of baby Moses.  It seems appropriate to review this story since it echoes a similar story in St Matthew’s Gospel that we will be hearing soon.  It is the story of another ruthless, fearful king who orders the murder of all boys under the age of two years old. Puah and Shiphrah, women of deep faith, are often overlooked in spite of their brilliant, creative thwarting of a weak, demonic ruler. Their story encourages us especially during this Advent season to reflect on how the power of God is working in us, the little ones.  Like Puah and Shiphrah, our God-guided decisions and brave actions can change the course of history.

Many of us know the story of Moses’ birth, but before reading this article it would be helpful to take a few minutes and read Exodus 1:1-22.  It is such a good story you will probably find yourself reading into the second chapter.  As you read be sure to notice the details in the story.  What’s the situation?  Is there anything that surprises you?  What are the ironical twists in the story?  What qualities of Puah and Shiphrah attract you?

On my desk, I have a two-part cartoon.  Since I can’t include the cartoon in this e-mail, I will try to describe it. There’s a river lined with cattails.  Two young Egyptian girls are making their way towards two small homemade baskets floating in the river.  One of the girls looks into the first basket and announces, “It’s a baby boy!”  The second girl pulls back the blanket in the second basket and with a shocked expression on her face proclaims, “Pampers!”

This cartoon certainly adds a modern touch to an old story.  Many of us know the story of Moses’ rescue, but odd enough few of us have ever heard of the two midwives who set the stage for Moses’ rescue – Puah and Shiphrah. The Bible stories do not recount exactly what happened.  Rather they are the result of oral traditions handed on from one generation to another.  Yet, in the refining and shifting of the story throughout the centuries these two names continually surface – Puah and Shiphrah.  Their courage and trust in God not only saved Moses from death but also saved many other baby boys as well.  Without Puah and Shiphrah Pharaoh’s plan to end the Israelite race might have succeeded.  But that’s getting ahead of our story.

Exodus 1:8 begins to unfold the story of the Israelites living in Egypt many years after Joseph’s death.  When Pharaoh began his reign, the land was at peace.  People of different nations and tribes worked together.  There was prosperity. In spite of a growing population, there was no fear of famine.

However, everything is not as peaceful as it seems.  The first hint of Pharaoh’s inability to rule well appears early in the story.  “Then there came to power in Egypt a new king who knew nothing of Joseph.”  This statement might sound casual, but it is a subtle condemnation.  If Pharaoh did not know Joseph, Pharaoh also did not know Joseph’s God.  Further, it seems that Pharaoh does not wants to worship anyone but himself.  Pharaoh desires one thing: power.  Fearing the growing number of the Israelites, he plots their demise. “These people, the sons, and daughters of Israel, have become so numerous and strong they are a threat to us.”  Pharaoh is fed by two undesirable qualities: the lack of a historical perspective and a fear-driven style of leadership. At every turn, Pharaoh’s pride and ignorance are revealed.  He is bent on breaking the Israelites’ backs and spirit.  “The Egyptians forced the sons of Israel into slavery, and made their lives unbearable with hard labor…”

Like many rulers who are blinded by their desire for power and control, Pharaoh makes some major mistakes. One of them is when he calls into his richly clad court some Hebrew midwives. With this decision, the plot thickens!  We can only imagine how intimidating it must have been for these peasant women to enter into the power center of the nation. Yet, once again, Pharaoh has no idea of how poorly he has misread the situation.  These young women might not be wealthy, but they are wise.  They might not be of the ruling class, but their hearts are ruled by the God of Love. They have a biblical wisdom that is rooted in their daily work as midwives and their passion for life. Their “street-smarts” run circles around Pharaoh. They are spiritual “God-fearing” women. They know “the story” and “the God of Joseph.”

Pharaoh orders the young midwives to “Throw all the boys born to the Hebrews into the river, but let all of the girls live.”  In other words, Pharaoh is saying, “Don’t worry about the girls.  They’re no threat. They’re too weak and ignorant to lead a revolution.”  In Pharaoh’s mind even if there were a God of Israel that God wouldn’t be so foolish as to rely on such poorly made rebels—girls. Once again, the God of life shifts the playing field and does the unexpected.

Puah and Shiphrah stand in contrast to Pharaoh whose decisions will not only result in the collapse of his kingdom, but also will cause his own people great suffering. Ironically Puah and Shiphrah observe the same facts as Pharaoh does, but they name them differently.  Puah and Shiphrah don’t see the tremendous growth in the Hebrew population as a possible threat to any earthly king, but rather as partial fulfillment of God’s promise to Abraham and Sarah.  Puah and Shiphrah have heard the death commands from their earthly ruler, but they don’t fear the authority of Pharaoh. What draws them to act is a different kind of fear—a biblical fear—that is better translated as the “love of God.” This fear or love of God is built on a reverence and respect that comes from their experience of God.

Puah and Shiphrah have experienced the awe-filled mysteries of life and death while delivering babies into this world.  These wonder-filled experiences of joy and struggle, laughter and pain, life and sometimes death have given them the strength to act according to their hard-learned God-wisdom. In their waiting, hoping, silence and the bittersweet pains of birth, they have come to know God intimately and to place all of their trust in God.

The story of Puah and Shiphrah is the story of God working behind the scenes.  It’s the story of God working through the decisions and lives of ordinary people like us and Mary and Joseph as St. Matthew describes the birth of Jesus. The decisions of these two women and the others with whom they worked changed the course of the Israelite history. For them, there was no burning bush, no flash on the mountain as there was for Moses. For them, it had to do with listening and timing things right. Puah and Shiphrah were midwives, life-catchers. They caught the Israelites at birth.  In other words, they caught the unwanted in their nation, the powerless, the delicate and fragile. They caught those who otherwise could be lost. In turn, God caught them and protected them.  God graced these ordinary women with extraordinary insight and courage. Through their daily work within the community, God touched Puah and Shiphrah and shaped their God-fearing/loving hearts into hearts filled with integrity, wisdom, and justice.

Puah and Shiphrah aren’t the only ones who the world counts as unimportant and undervalued. There are many stories in scripture and in our own lives of  “those kinds of people” who listen well to the small voice of God who lives within each of us.  There are many people who do great things and make courageous decisions that affect the course of history.  Their stories might not be written in the Bible or even in our daily newspapers, but they surround us.  They are people like us who often feel ordinary, or on the fringe of society, but who through their daily choices are life-catchers like Puah and Shiphrah.

Each of us is a life-catcher in our own way.  We make life-giving choices for our families and for those we know.  But as people of faith, our concerns go beyond our family and friends.  Puah and Shiphrah shrewdly examined their situation.  Then in faith followed the law of the God of life.  Their faith

invites us to do the same.  How can we use our gifts to protect life?  What practice can we develop, not just for this Advent/Christmas season, but a life-giving practice for all year? A question that is worthy of Advent pondering and prayer.

Oh, there’s one more ironical part of the story on which I would like to comment. Puah and Shiphrah are named in the story and their story continues to be told even today.  However, the Bible doesn’t mention the name of the Pharaoh.  “Pharaoh” is not a personal name, but a generic Egyptian word that means “the House.”  In modern-day terms, it is an expression similar to the one we use for “The White House,” “Parliament” or “House of Lords.”  In the story, the use of the word “Pharaoh” heightens the irony because he who thinks he is so important is never personally identified.  It’s a way for the authors to say that Pharaoh doesn’t deserve to be remembered.  In other words, in history Pharaoh is viewed as just one more brutal king who thirsts for power and wealth and has no desire to know God.

As we reflect on this story, we might want to give thanks for the following people:

And reach out and pray for: