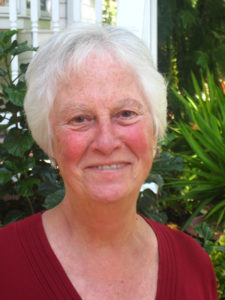 Welcome to Stories Seldom Heard.  I would especially like to welcome the Dominican Nuns of The Monastery of Mary the Queen and the Dominican Sisters of Springfield, Illinois.

Many of us have seen the new movie about Pope Francis: “A Man of His Word.”  We got a sneak preview a few months ago when “60 Minutes” extended their program to include clips from the film.  From the very beginning of Pope Francis’ time in office, his words and actions on behalf of justice and mercy, have sent a clear message throughout the world.  But it is not just his message.  It is part of our Catholic tradition and DNA.

Pope Francis draws deeply from our Catholic tradition.  He often makes references to encyclicals, saints and former popes, especially Popes John Paul II and Benedict XVI.  Pope Francis uses their words effectively not only to remind us of our rich spiritual tradition as Catholics and to direct our actions, but also to contemporize their thoughts with his own experiences and examples. Pope Francis’ message concerning the church’s mission is clear. “A church without charity and mercy is no longer the church of God.” These words certainly resound in the writings of Pope John XXIII and Pope John Paul II.  “The church must use the medicine of mercy to heal, forgive, draw together into one body all people” (1).  “The mission of the church is to be God’s mercy: to proclaim God’s mercy, to give God’s mercy and to have its laws reflect God’s mercy” (2).

These words, along with scripture, are important to ponder.  They might sound inspiring, but to act on behalf of mercy and justice is not an easy task.  We, like Pope Francis, risk fierce criticism by reaching out to the poor and desperate.  Many hearts and judgments have been softened because of the Pope’s total dedication to the world’s poor.  However, everyone does not admire him.  Many of his beliefs run contrary to the powers of this world.  But the criticism he receives doesn’t deter him from following the words of Jesus.

It might be easy to admire Pope Francis, but he is not calling for admiration.  Rather he is giving us daily examples of what it means to be disciples of Jesus. Expose injustice. Ask for forgiveness.  Recognize our own sins of omission and make amends.  Reach out to refugees.  A tough assignment!  But to act with God’s mercy and justice is always conflictual, both within ourselves and within our societies.  It’s a call for an examination of our consciences, to deeper prayer and to action.

Sometimes it’s easier to look at other nations and name their sins. Most of us will remember Nelson Mandela’s release from prison.  Much later, we remember the enormous lines that snaked through the countryside in 1994 when all races were permitted to vote in the first fully democratic elections. The breakthrough seemed like a miracle.  However, we know the struggle for justice in South Africa continues.  As we look at our own nation today, we hear the sins of our nation.  There are many different points of view shouting from the sidelines.  It is that style of frustrated communication that makes clear thinking, deep prayer and responsible action more difficult.

Hope in the Age of Despair by Albert Nolan, O.P. is a collection of his essays and talks concerning South Africa’s slow evolution towards justice.  In order for us to understand his essays better, Nolan includes important historical information.  It is not exactly what some people might call “summer reading” if they are thinking of romance or mystery novels.  However, summer is a great time to read something serious especially at this season of our lives.  Nolan discusses many of the same issues that are sitting on our doorsteps waiting to be addressed: racism, structural injustice, anger, long-held prejudices.  Nolan also speaks from a faith perspective.  By exploring another nation’s issues, it is sometimes easier to see our way through our own dilemmas.

Nolan paints a clear picture of the character and work of the prophet.  Prophets share God’s anger, sorrow, disappointment, revulsion towards evil, sensitivity and seriousness about the concrete events of their lives.  They have an empathy with God that enables them to see the world through God’s eyes.  They think God’s thoughts because they share God’s emotions and values.  This is what it means to be filled with the Spirit of God.  This is what enables us to read the signs of the times with honesty and truth. (3)  Honesty and truth can also question our motives and feelings that lurk behind the anger or sorrow we feel when confronted by unjust situations.   Are we really seeing the situation from God’s point of view or from our own?  Have we made God into our image or have we allowed God to reshape us into God’s likeness?

To address the critical issues in our lives honestly takes great maturity.  Each situation requires study which might also mean being physically present to the situation.  Consulting others, discussing alterative possibilities and carefully planned actions reinforce a positive outcome. Whether we are discussing our personal lives or world events, prayer and the practice of nonviolent communication are essential as we strive to move towards a resolution. Nonviolent Communication: A Language of Life by Marshall Rosenberg, Ph.D. is an excellent place to begin our personal study and practice of nonviolence.  It is practical and easy to understand.  Each chapter offers examples of nonviolent communication practices.  I promise that serious study and participating in the discussion material at the end of each chapter will be enriching, revealing and slowly transforming.  (4)

If we want to become the change we seek in the world, most of us will need new tools to communicate well with those with whom we disagree.  Pope Benedict XVI said it well.  “…in the desert, people of faith are needed who, by the example of their own lives, point the way to the Promised Land and keep hope alive.”  Pope Francis continues this thought.  “In these situations, we are called to be living sources of water from which others can drink.  At times this becomes a heavy cross, but it was from the cross, from his pierced side, that our Lord gave himself to us as a source of living water.  Let us not allow ourselves to be robbed of hope” (5).

Special thanks to Mary Ellen Green and Maria Hetherton who have helped in editing this article.  “Stories Seldom Heard” is a monthly article written by Sister Patricia Bruno, O.P.  Sister is a Dominican Sister of San Rafael, California.  This service is offered to the Christian community to enrich one’s personal and spiritual life.  The articles can be used for individual or group reflection